Almost all the public and private actors have rarely been seen rowing towards the same side in tune, but with the SPAC this is what is happening. Basically, a special purpose acquisition company (SPAC) is an empty company that is formed to raise funds through an initial public offering (IPO) for the purpose of buying or merging with a company. existing company.

In short, it is the formula for expedite the listing of certain companies. A priori, all are advantages. For the company, it implies a quick listing, greater liquidity and greater business value. For investors, it provides access to venture capital operations that are normally off limits to retail investors.

Three out of four (75%) IPOs on Wall Street are taking place this year through SPAC. According to Zonavalue.com, only during the first quarter there have been around 300 landings in the US market with SPAC compared to the hundred that have done so through the traditional route, such as IPOs (IPOs in our country). In fact, according to Spac Alpha, another 252 are expected to go public within 24 months.

Its explosion occurred in 2020, when 53% of the IPOs were already through this alternative. In the year before the pandemic, they were only 23% on Wall Street, and a decade earlier, 3% levels. Although SPACs, as an investment vehicle, made their appearance in In the United States during the 90s, as a result of the coronavirus, its use has multiplied. After the first months of confinement, the market agglutinated a lot of liquidity and a point in favor of this asset is that it de-correlates with other more traditional ones that can be part of an investment portfolio.

From Nikola to eToro

Among the SPACs that have caused the most furor in their debut in recent months, the electric vehicle manufacturer stands out Nikola; the manned space flight company Virgin galactic, or one of the latest newcomers: eToro, the broker specialized in social trading. The SPAC promoters behind these companies are well known in the US: former General Motors executive Steve Girsky, in the case of Nikola, or former Facebook executive Chamath Palihaptiya, for Virgin.

Here, the Government already contemplates a reform of the Capital Companies Law to protect investors from SPACs and thus promote their development. According to Juan Esteve, director of the Zonavalue Studies department, “the CNMV has already said that it may be a feasible way to boost the market, so it will be a matter of time to see them in Spain.”

In the opinion of this professional, the regulation that is being sought in our country seeks that the SPAC in question “Don’t be a blank check to the promoter”, and believes that these vehicles “can be a good indicator of the sectors that are performing better.” For example, technology last year and at the start of this one.

The decrease in time that the SPACs have brought for those companies that are considering the jump to the stock market is undeniable. Although an IPO (IPO) takes between a year and a half and two years to ring the bell of the parquet, with a SPAC the average term is reduced to between three and six months.

Experts from the international law firm Ashurst, Icade and Evercore have analyzed the phenomenon of SPACs and conclude that they could move 700,000 million euros globally in mergers and acquisitions (M&A) operations in the next two years.

There are already more than 425 SPACs that are looking for a company to invest in, which implies a total capital invested in this type of vehicle of 138,000 million euros, according to Juan Pedro Pérez Cózar, senior manager director of Evercore Partners in Spain.

The case of Spain

Unlike other developments, Spain has been proactive in terms of SPAC and has overtaken many neighboring countries. “In Europe, there is no specific regulation for SPACs, although there are already experiences in the Netherlands, which is trying to position itself as a hub for these operations on the continent, or in the United Kingdom, which is already working on a regulation to solve some of the conflicts that its current legislation may generate ”, explains Manuel López, partner in charge of the Financial Regulatory Law area at Ashurst.

“In any case, the creation of a special figure for this type of regulation is completely new for Europe and could generate great legislative certainty,” he adds.

Pérez Cózar, from Evercore, believes that Spain has enough managers with talent, experience and prestige to be able to start building SPAC within our borders and, even, “some groups are already evaluating it”. However, he acknowledges that it is more likely that American SPAC operations will take place that merge with Spanish companies to the creation of properly Spanish vehicles. If this situation occurs, it would force the company to stop being listed in Spain to do so within the US market. 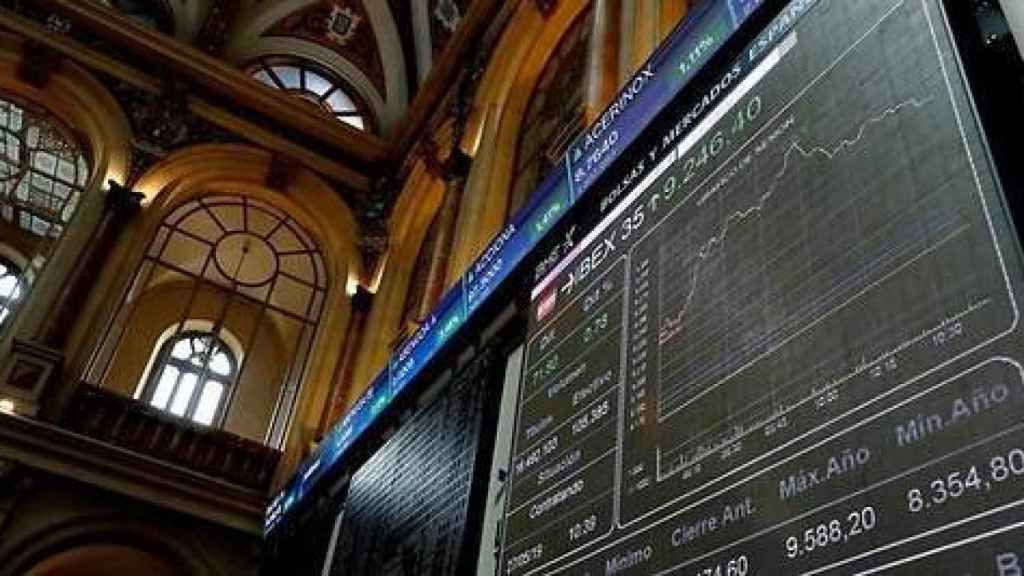 Screen of the Ibex 35 on the Madrid Stock Exchange.

However, according to the report ‘Las Spanish SPAC: challenges and opportunities ”by ArmanexT, and based on the experience of venture capital funds, Spanish SPACs should have a target size of between five and ten million euros in the lower part and around 100-150 million in the upper part. “If we take into account that the objective is the acquisition of one or several companies, inside and outside the national territory, whether in Europe or Latin America, we could find a SPAC of up to 200 million euros”, foresees Antonio Fernández, president of ArmanexT .

Despite the benefits that the new regulation proposed by the Ministry of Economy could bring to generate security for investors, it is not necessary to wait for its approval to start creating SPAC in Spain. “Although a specific regulation will grant greater certainty to shareholders, the mechanisms included in the draft bill already exist, so you do not have to wait for their approval to do a SPAC in Spain “, encourages López, from Ashurst.

The main conflict would be generated in the merge operation. And at this point, the Socimi regulations can serve as a mirror. “To achieve that the tax neutrality regime can be applied, it must be justified that the merger operation has valid economic reasons and, in this case, a presumption included in the regulation itself would give legal certainty”, confides Javier Hernández Galante, partner of the Area Ashurst Prosecutor.

Be careful with the yields

But not everything is rosy in the world of SPACs, which have reached a turning point. Lately, SPACs have been in the news because “Its extraordinary growth has come under some pressure.” The fact that some announced SPAC mergers did not go as expected has put great pressure on their performance, and the IPO SPAC index is in bearish territory, with losses greater than 20% from its maximum, despite the positive evolution of the market in general.

Even the US SEC is scrutinizing them more closely. “Until now, the SPACs have benefited more the sponsors and investors with a short-term horizon (arbitragers) and the investment banks who earn commissions in the IPO and merger process, ”criticizes Vincent Mortier, Amundi’s Deputy Director of Investments.

The gala fund manager defends that “the caution it must remain in the forefront for the time being, as the market goes through this maturation phase, particularly among retail investors. ” In Mortier’s words, “At the end of this transition process, we believe that SPACs will be more specialized and offer greater visibility into the target companies’ sectors and better financial disclosure.”

“All these improvements will make the SPAC market more resilient and mature and potentially more attractive to long-term investors,” he adds.

Meanwhile, Guy Richard Wallis, Corporate Finance partner at RSM Spain, indicates that, “under pressure from the threat of inflation, the challenge for investors is to find attractive assets among the rubble of the pandemic.” In his view, investors have to look for value in smaller companies than those typically considered by venture capital funds. In this sense, expect to see a high volume of acquisitions of companies that invoice between five and 20 million euros and generate an ebitda of between 1.5 and 5 million euros.

“Fortunately, Spain is very rich in companies of this size and, therefore, we hope to face a period of great activity,” he advances.