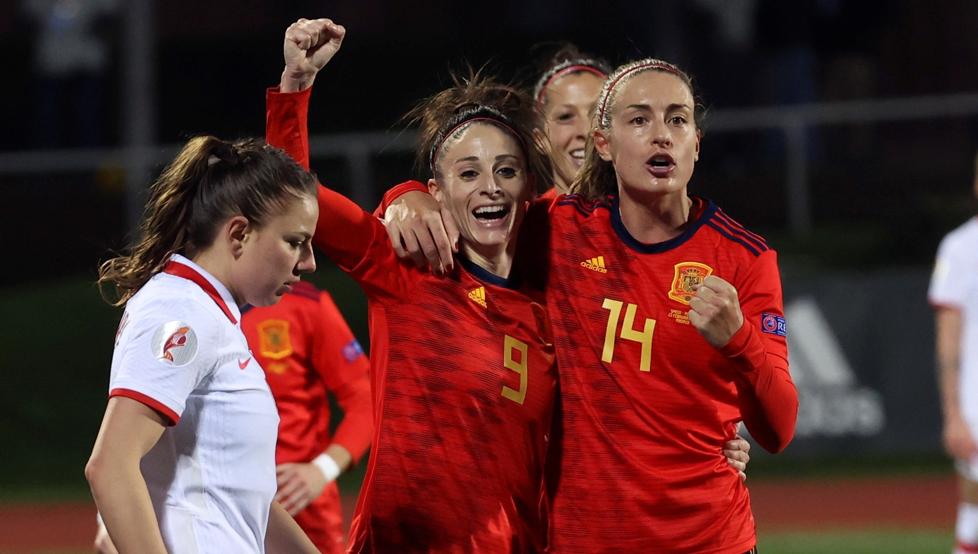 Without the classification demanding any more points, with the duty already fulfilled on his way to the next Eurocup, the Spanish women’s team football shot of ambition, stripes and pride. He won in Las Rozas (Madrid) the team of Poland, 3-0, with a goal of Mapi Leon and a doublet of Esther Gonzalez, in a postponed match on matchday 8 in Group D.

The result frustrated the illusions of his rival, which he left out of the next continental event; while feeding his own. The marker adorns your way to england, settled with a draw and seven wins in eight games. The Spanish team caressed the plenary session. He remained undefeated.

The 0-0 in Lublin, against the Polish team, was the only concession of the Spanish team in eight stakes. The loot, of 22 points out of 24 possible, will allow him to launch in the summer of 2022 on the British island for the european scepter. Another 15 national teams will attend that fight. La Roja can be added to the pool of applicants, along with Germany, France, the Netherlands -the current champion-, the Nordic powers -Denmark, Norway and Sweden- or the host team.

By rhythm, by proposal, by intensity and by decibels -48 goal celebrations in the qualifying round-, the team led by Jorge Vilda is called upon to measure itself as equal to whoever crosses it in England, its selection being raised in parallel to the Barça more competitive than it has known since its departure years ago to compete for Europe.

He captained all of them Irene Paredes, finalist in the Champions League with Paris Saint-Germain. The madridistas Marta Corredera and Marta Cardona shared the right wing. Esther González, top scorer of the Primera Iberdrola 2020/21, transferred her goals from Levante to La Roja.

It was Huéscar’s forward that broke the Polish resistance in the 24th minute, after a play that wove Patri Guijarro -the best player of the 2018 U-20 World Cup- and which Marta Cardona continued.

Between the three they appeased the electric proposal of the Polish team.

Needing three points to avoid being eliminated from the race to the Eurocup, the pupils of Milosz stepinski they were sharp and combative at the start of the crash; It happens that everything is more difficult for the Polish team when their star, Ewa Pajor, does not play.

In the other area, in fact, Katarzyna Kiedrzynek she suffered in her own face the hunger for a goal from Esther González, who knocked her down with a shot and punished her with two goals.

The granota forward opened the feast in Baku and he continued it in Las Rozas. Mapi Leon, Already in the final stage, he joined the attack and made the strategy good, confirming on this last date the new status of Spain in Europe.

Incidents: Last match of Group D of the qualifying phase for the Eurocup in England 2022, played in the Ciudad del Fútbol of Las Rozas (Madrid) between the women’s teams of Spain and Poland.