Spain will impose a mandatory quarantine of all people from India, given that there are no direct flights with that country, as a sanitary control measure before the appearance there of a new variant of the coronavirus.

This was announced by the Government spokesperson, María Jesús Montero, who recalled that, since there are no direct flights between Spain and India, no measures can be taken such as banning them as other European countries have done. The order signed by the Minister of Health, Carolina Darias, will be published tomorrow in the BOE and therefore includes a mandatory quarantine along the same lines as that already applied to other travelers from third countries in which variants other than those present in Spain circulate.

Meanwhile, the Embassy of Spain in India It has recommended that Spaniards who are temporarily in that country return to as soon as possible. He has done so through his Twitter account in which he urges them to contact the Embassy or Consulate in Mumbai in case of emergency.

⚠️The Spanish Embassy recommends that Spaniards who are temporarily in #India return to 🇪🇦 as soon as possible. In case of emergency contact the Embassy or Consulate General in Mumbai More info on travel recommendations: https://t.co/Hq4xQDEgnm@MAECgob

As explained yesterday by the director of the Center for the Coordination of Health Alerts and Emergencies, Fernando Simón, there is no evidence that the Indian variant of covid is more transmissible than others, occupies more space outside the country of origin or has a greater severity, although it could be more contagious given the mutations that one of them has. And although there are still no confirmed cases in Spain, he did not rule out that any could be detected.

For their part, European countries have placed India on the red list of countries and mostly take action against travelers from that destination, although cases of the Indian variant of the coronavirus are still rare among those infected.

The Asian country, with 1,350 million inhabitants, the second most populous on Earth, has accumulated 17.6 million infected with covid, with 197,894 deaths, according to data released Tuesday by the Indian Ministry of Health.

The Indian variant has already generated reactions in European countries, which look with concern to travelers from that Asian nation.

On UK, passengers entering the country from India are required to comply with a 10-day quarantine in designated hotels by the British Government.

In France, it is one of the places considered high risk, which has led the country to abolish air connections and allow only EU or French citizens to enter its territory with residence in France. All citizens arriving from India must present a PCR test carried out in the previous 36 hours or a 72 hour test together with an antigen test from the day before the trip. In addition, upon arrival they are obliged to do a strict 10-day quarantine

Italy, which notified two cases of this variant on Monday, prohibited this Sunday the entry of people who have been in India in the last fourteen days, while residents who want to return must take tests on departure and arrival and comply with quarantine .

Belgium has not adopted special restrictions for travelers from IndiaAlthough the Minister of Health, Annelies Verlinden, considers the possibility of strengthening quarantine measures for people from high-risk regions for covid-19.

Recently detected 20 cases of the Indian variant of covid-19 in a group of students who had traveled by plane from India to Paris and, from there, by bus to Belgium, which is added to at least seven other cases reported in different parts of the country reported by the media, Although the authorities have not given concrete figures of the impact of this variant. 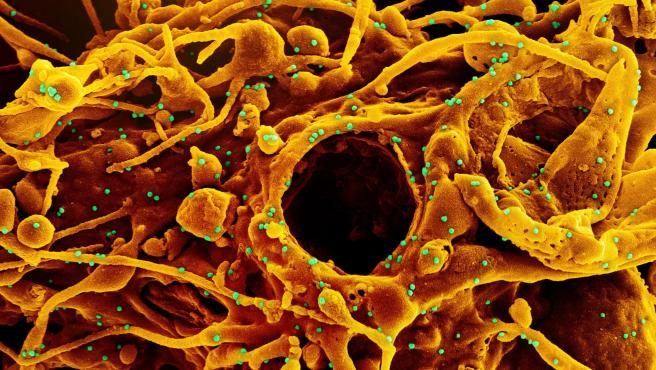 The Netherlands prevents from Monday until May 1 the landing of passenger flights from India and air traffic will be limited to some exceptions, such as cargo flights and medical personnel.

Greek authorities have so far detected two cases of coronavirus of the Indian variant. However, no particular measures have been announced to deal with this new mutation, nor has the dispatch of medical aid. Air connections between India and Greece have been suspended for months

In the Republic of Ireland, the Government has detected three cases of infection with the Indian variant to date, two of which are associated with international travel. The authorities plan to include India in the list of 71 countries considered high risk, which requires travelers from those destinations to keep a mandatory 14-day quarantine in designated hotels.