Cancer survivor Hayley Arceneaux will be the youngest American ever in space.

This story originally appeared on Engadget

SpaceX recently announced that it would send four civilians into orbit aboard its Crew Dragon capsule, marking the first time that a crew without a single professional astronaut would fly into space. One of those private citizens will be Hayley Arceneaux, who at 29 years old will be the youngest-ever American to fly into space, the NY Times has reported.

The trip came about thanks to Jared Isaacman, a billionaire who purchased the commercial debut astronaut rocket launch from SpaceX. He’ll get one Crew Dragon seat on the Inspiration 4 mission, but he also donated three others. One will go to the winner of a contest sponsored by his company Shift4 and another to a St. Jude’s Hospital sweepstakes winner. A fourth seat, however, was meant for a frontline St. Jude’s Hospital worker who symbolizes hope, and that person is Hayley Arceneaux.

Arceneaux is now a physician assistant at St. Jude’s Children’s Research Hospital in Memphis, but nearly 20 years ago, she was a patient. She was treated in 2002 for bone cancer and now has metal rods in place of some of the bones in her left leg. As such, she’ll also be the first person with a prosthetic body part to go into space. 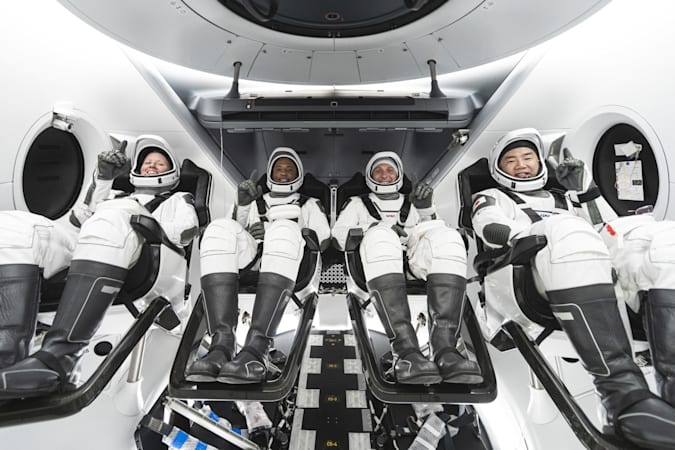 Normally, such a medical condition would be disqualifying for aspiring astronauts, and Arceneaux still has a limp and occasional leg pain. However, she was cleared by SpaceX for flight and will serve as the crew’s medical officer. “My battle with cancer really prepared me for space travel,” she told The Associated Press. “It made me tough, and then also I think it really taught me to expect the unexpected and go along for the ride.”

Isaacman, who flies a Mig-29 and other military jets for fun, said that Hayley is a perfect fit for the civilian space flight team. “It’s not all supposed to be about getting people excited to be astronauts someday, which is certainly cool,” Isaacman said last week. “It’s also supposed to be about an inspiring message of what we can accomplish here on Earth.”

The last crewed SpaceX launch, Crew-1 (above), happened last November and the next one, Crew-2, is set for April 2021. Isaacman will reveal the other space tourists on the Inspiration4 mission next month, but they won’t have a lot of time to prepare – liftoff at NASA’s Kennedy Space Center is scheduled for October, with the orbit lasting two to four days.