After some setbacks and last minute delay due to unfavorable winds, finally SpaceX has managed to make history again with the first operational, regular and manned mission of the Crew Dragon.

It should also be noted that it is not the first mission of the SpaceX Dragon Crew. Previously, in June of this year, they made history by transporting astronauts to the International Space Station for the first time, being the first commercial company to receive NASA space flight certification.

And it is that in fact Crew-1 is a collaborative mission with the US space agency, which has taken advantage of the launch to add on board other “crew” and materials with which different experiments will be carried out in the environment without gravity:

Some of the built-in team focuses on new spacesuits for lunar missions, that unlike the current ones, they have a new evaporation system to control and reduce the heat inside. Although in the face of the experiments the BioAsteroid, aimed at the search and study of how some microbes interact with rocks to extract primordial elements; Food Physiology, a program that will examine how astronauts’ immune systems change after prolonged microgravity and dietary changes; Y Cardinal heart, an experiment that is creating artificial heart tissues mounted on tissue chips, aimed at studying the cardiovascular risk that astronauts can develop. Finally, accompanying the astronauts, they travel some seeds and biological materials for the “little garden” that astronauts are setting up on the International Space Station as part of the Plant Habitat-02 mission, adding radish seeds to experiment with their growth.

During launch, the Falcon 9 apparently has had no problems and it has operated its first and second stages without much difficulty, which have been recovered on Earth on a platform in the Atlantic Ocean. These operations are already practically a standard for SpaceX, which has been characterized precisely by recovering and reusing its engines and rockets.

With an operation summarized in five hours of broadcast, Crew-1 was successfully launched from the Kennedy Space Center in Florida around 1:30 a.m. (Spanish Peninsula time), and SpaceX reported that the Crew Dragon capsule carrying the astronauts was successfully separated from the second stage of the Falcon 9 rocket at 01:41. However, the spacecraft is expected to dock with the International Space Station on Monday, November 16. at 5:00 p.m..

The plan is for these four astronauts to remain a total of six months on the International Space Station before returning to Earth, back inside the Dragon Crew.

Bringing astronauts to the International Space Station is just a first step in SpaceX’s plans, as his great goal is still Mars. And is that Elon Musk not only wants to bring some intrepid souls to the red planet, but he wants to create a “nation” there with a million humans. 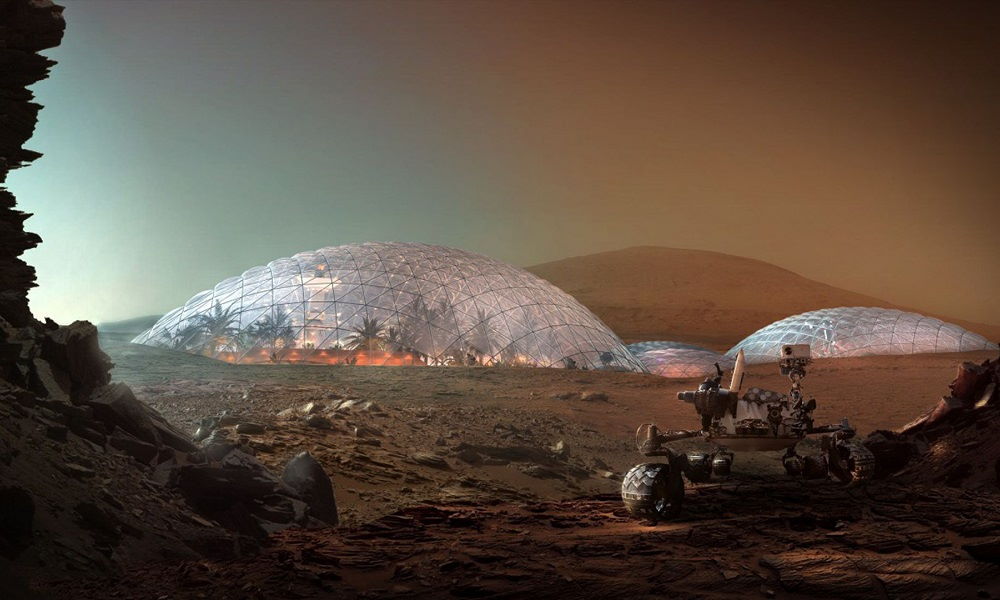 A task that, according to the executive’s accounts, they would have to build 100 spaceships per year to send some 100,000 people from Earth to Mars each time the orbits of the planets align favorably, and that taking into account that the distance between Earth and Mars, would imply preparing up to 1,000 launches in a month to have such a large number of humans on Mars by mid-century.

However, advances in the field of the conquest and expansion of space continue to advance at a really encouraging rate, so that despite its apparent remoteness, we cannot stop dreaming of the constitution of the first interplanetary colonies.