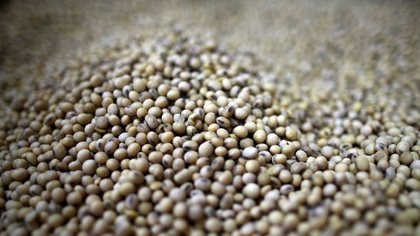 The international price of soybeans continues to rise

The international price of soybeans does not stop its rise in the Chicago benchmark market, which also impacted the prices of the Rosario Stock Exchange.

On this day, the rise in Chicago was almost $ 6 and contracts expiring next January were priced at USD 429.80 per ton, as a result of strong demand from China. In this way, the price of the oilseed is heading to reach the highest value in the last six years, which stood at 436 dollars per ton.

In the cereals business, in Chicago today corn contracts expiring in December, rose USD 1.57 and traded at USD 165.40 per ton, and those for wheat fell almost two dollars and a ton traded at USD 218 , 70.

During the business conference, the specialists of Fyo commented, “the Asian giant could add soybean purchases in the Brazilian market, much earlier than expected.” In its latest report, the United States Department of Agriculture reported soybean exports of 2.2 million tons, where a large part of the tons exported went to China.

With regard to the local market, stable offers were registered in the Rosario Stock Exchange (BCR), where soybeans with immediate unloading were quoted at 27,800 pesos per ton. Meanwhile, the value offered for available corn remained at $ 192 per ton, and the proposed value for available wheat reached $ 215 per ton. 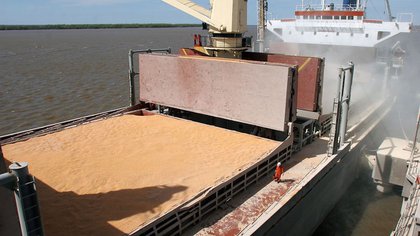 In addition, the Rosario Stock Exchange today projected that until March of next year some 11,275 million dollars could enter in concept of exports of grains and by-products, a 9% increase when making the interannual comparison, thanks to the improvement in international prices and despite a drop of 24 in exported volumes.

Last week there was an important advance in soybean planting in Argentina. The data provided by the Strategic Guide for Agriculture of the Rosario Stock Exchange reflected that up to now 20% of the area was planted, projected at 17.2 million hectares.

In the core area in particular, the largest number of hectares was planted, where Córdoba, Buenos Aires and Santa Fe recorded the greatest progress in implantation. In Santa Fe, there was an increase of 20 percentage points compared to the area planted the previous week, thus doubling what was implemented at this point a year ago, thanks to the momentum of the advance in planting in the delegations of the central-southern province.

The last rains benefited the sowing tasks by recharging the soils with moisture. The BCR survey showed that in 8 provinces the rains exceeded 15 millimeters fallen: Córdoba, 80 percent of Santa Fe, half of Santiago del Estero, much of Chaco, Formosa, west of Entre Ríos and Corrientes.

To cite other examples, the Rosario Stock Exchange reported that in the northern half of Santa Fe and north and southeast of Córdoba, between 30 and 60 millimeters fell. There were also benefits for the wheat areas of central and southern Buenos Aires, where the drought did not affect cereal yields.

Agricultural contractors would go on strike: they demand highway permits to legalize the circulation of carts or trailers on the routes

Wealth tax: why the countryside rejects the Kirchner project and how it would affect it