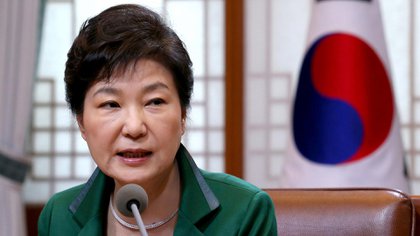 This decision ends a long judicial process that followed the fall of the former head of State at the end of several months of massive demonstrations.

The first woman elected to the presidency in South Korea, Park was sentenced in 2018 to 30 years in prison for corruption and abuse of power.

After a series of appeals and new trials, the sentence was reduced to 20 years in prison.

On Thursday, the case returned a second time to the Supreme Court, which upheld the 20-year sentence. 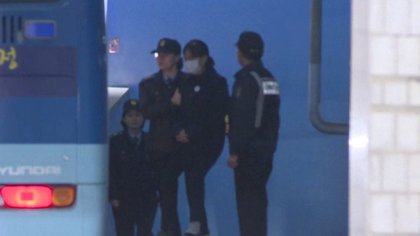 The highest court also approved the fines and damages that the president has to waive, which amount to 21.5 billion won ($ 20 million).

Park, who has long boycotted the hearings by denouncing the partiality of justice, was absent Thursday.

She was also sentenced to two years in prison for violations of electoral legislation.

The former president will be over 80 years old when she completes the 22 years in prison to which she has been sentenced.

Park was found guilty of receiving or requesting tens of millions of dollars from South Korean companies such as Samsung Electronics, sharing classified classified documents, blacklisting artists critical of his policy, or firing opponents. to their abuses of power. 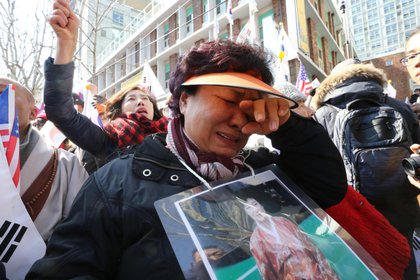 The scandal exposed the disturbing collusion between these family conglomerates and the political power, through Park or his shadow confidant Choi Soon-sil who had accepted bribes in exchange for political favors.

After being ousted, center-left lawyer Moon Jae-in came to power in 2017 thanks to the loss of credibility of conservatives.

South Korea is known for the severity of its justice towards former heads of state. To the point that the four former South Korean presidents still alive have been sentenced at the end of their term.

Former head of state Roh Moo-hyun committed suicide in 2009 after being questioned on suspicions of corruption involving his family.

The end of the judicial process means that Park can now seek presidential grace.

A few weeks ago, the head of the ruling Democratic Party (center left) said he was contemplating “suggesting” a grace for Park and for Lee Myung-bak, another condemned former president. But these statements sparked a storm of criticism from both the right and the left.

Without referring to the impeachment, Donald Trump once again condemned the assault on the Capitol and lamented an “attack” on freedom of expression

Venezuela, closer to dollarization after the announcement of a series of regulations by the Maduro regime