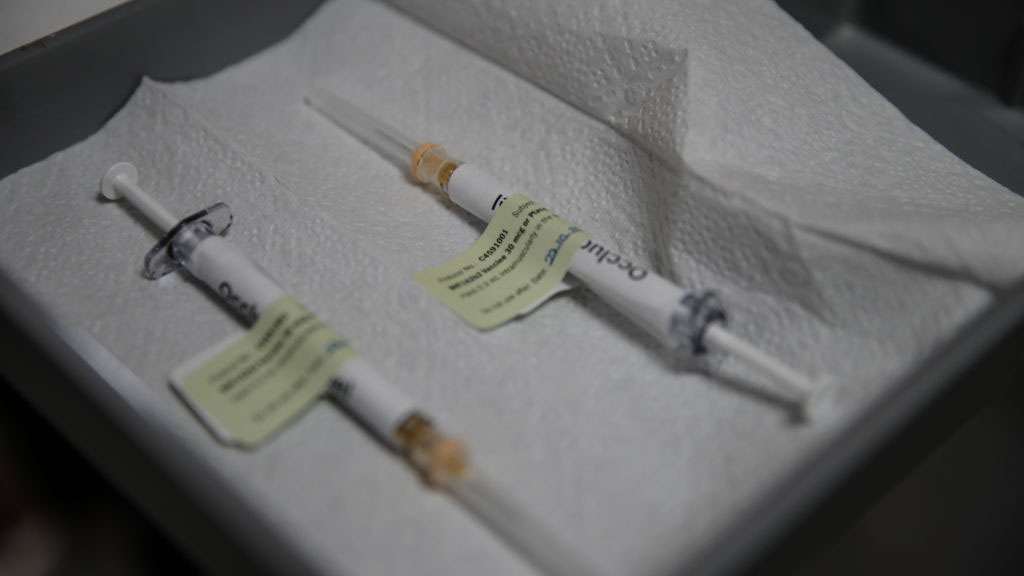 Several freezers are beginning to be installed in five Florida hospitals to store a shipment of coronavirus vaccines that the state governor said will arrive in the coming weeks.

Dr. Paula Eckardt, an infectious disease specialist, says that “all we need is to be told this is the vaccine and to be able to review which one it is in order to follow what the FDA says about how it is administered. If there are collateral effects, what should people expect and all that ”.

Governor Ron DeSantis explained that the hospitals were selected because they have the capacity to store the Pfizer company’s vaccines, which need less than 70 degrees Celsius for their preservation.

Millions of doses of Modern Pharma are also ready to be shipped to Florida, but according to the governor, people will be able to choose if they want to be vaccinated or not. All this, while the state remains in the red zone of infections with more than 100 new cases for every 100,000 inhabitants.

“We were at one point in 300 new cases a day and at this time we have risen to 1,900. There is also an increase in hospitalizations and in the number of infections,” says Francis Suárez, mayor of Miami.

The mayor insists on the need to implement the mandatory use of masks and even fine those who do not comply. But he assures that the governor of Florida has practically tied their hands with local politicians since September, when he canceled most of the restrictions in the state.

From the White House, the speech this Thursday was optimistic. Vice President Mike Pence said the United States has never been more prepared to fight this virus. He spoke of increased tests, therapies and very soon, a vaccine.

“I reiterate that neither the coronavirus working group nor the president supports another national shutdown. Neither is the closure of schools, “confirmed Vice President Mike Pence.