At this point, no one dares to deny the evidence, the evidence that the Toyota Land Cruiser is one of the great SUVs of all time, one of the industry benchmarks in any of its generations, bodies, versions or engines. Some of its editions are so mythical that people are able to pay real millions for well-preserved units, and if you don’t believe it, ask the buyer of the unit that appears in this article, for which more than $ 100,000 has been paid just a few days ago.

The trajectory of Toyota Land Cruiser has been in the making for decades: any Land Cruiser is a reference, although the reality is that some models are more sought after than others. One of the most popular versions – even today, especially by fans of the model – is the one that was released in the early 90’s, known as “Series 80 “.

This generation quickly became a legend: Its design was revolutionary compared to its predecessor, its interior resembled that of a luxury saloon and its robustness and off-road capacity once again set new benchmarks in the market.. With six-cylinder gasoline and diesel engines, the Toyota Land Cruiser was the off-road vehicle of choice for the wealthy. 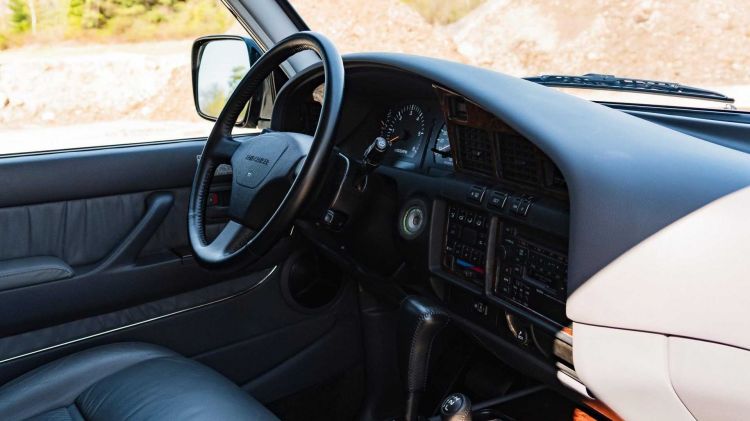 The statement presented in this paragraph is not a simple tagline. For sample, a button: a private buyer has decided to pay no more and no less than $ 136,000 for a unit, the one illustrated in this article, registered in 1994. To put this figure in perspective, a new Mercedes G-Class leaves in the United States (where the Land Cruiser was purchased) for $ 131,750 excluding tax.

The specific unit, which has been auctioned through the portal specialized in Bring a Trailer auctions,corresponds to FZJ80 series, the most complete and luxurious of the time. It is equipped with the legendary propellant 1FZ-FE from Toyota, a very hard gasoline block with six cylinders in line and 4.5 liters of displacement that yields 215 hp and 370 NM which is associated with a 4-speed automatic gearbox. 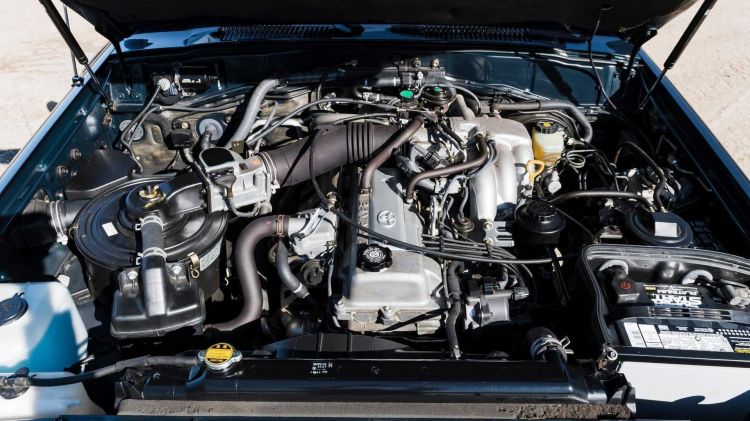 There is no lack of extensive equipment for the time -which is not bad at all even now- which includes elements such as the air conditioning, the sound system, the leather upholstery, the cruise control, the electric sunroof, inserts in “wood” or the 7-seater configuration. What’s more, It has connectable all-wheel drive, reducer and double locking of the front and rear differential.

However, none of this is the most important thing about this unit, which has been auctioned after running only 1,600 kilometers in 27 years. Yes, you read it right: 1600 kilometers, the equivalent of going from La Coruña to Badajoz and back. This figure makes it possibly the Land Cruiser FZJ80 with the fewest kilometers in the world, which has multiplied its value.

Despite the low -very low- mileage, the maintenance history of this unit is pristine, with oil and various fluid changes on a regular basis, tires replaced in 2020 or fuel pump changed in 2017. It is, therefore, an almost museum-like unit that is nevertheless perfectly ready to hit the streets – and the countryside – and roll, roll and roll. Blessed whims!