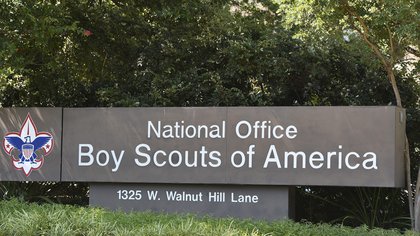 In the image a record of the entrance to the main facilities of the Boy Scouts of America, in Irving (Texas, USA). . / Larry W. Smith

Washington, Nov 16 . .- Some 92,700 people have reported having been victims of sexual abuse in the American organization Boy Scouts of America (BSA, in English), the lawyers of the victims who are handling the case reported Monday.
The lawyers advanced this Sunday that the complainants were about 82,000, but the figure increased to 92,700 at the end of the period to file the lawsuit this Monday in a bankruptcy court in the state of Delaware (USA), where the Boy Scouts they filed for bankruptcy this year in an attempt to survive the wave of lawsuits.
Paul Mones, one of the attorneys involved in cases against the Boy Scouts for nearly two decades, told The New York Times on Sunday that the prevalence of abuses detailed in the cases presented is staggering, but could still only reflect a fraction of the number of actual victims.
“I knew there were a lot of cases,” Mones told the New York Times. “I never considered that it would come close to this number,” he added.
The avalanche of lawsuits is a monumental task for the bankruptcy case, with which the Boy Scouts intend to reorganize and structure a compensation fund for their victims, for which a judge imposed November 16 as the deadline to file a complaint of abuse.
In their bankruptcy filing, the Boy Scouts allege they have assets worth $ 1 billion, but they also have a network of local councils that own hundreds of campgrounds and other property across the country on the shores of lakes or in valleys, where young people are trained in exploration skills or ethical values.
In a statement from the Boy Scouts, the organization said that it is “devastated by the number of lives affected by past abuse”, and stated that for this reason they have initiated an accessible process so that they can claim compensation.
“The response we have seen from the victims has been devastating,” insisted the organization, which apologized.
Founded in 1910, the Boy Scouts expanded after receiving a Congressional Charter in 1916 detailing Scout values ​​such as “patriotism, bravery, and independence,” by which several generations of American boys were guided.
According to the organization, more than 130 million of them have passed through its programs throughout its history, including personalities such as former President John F. Kennedy, astronaut Neil Armstrong, civil rights icon Ernest Green or director movie Steven Spielberg.
Today, it has about 2.2 million members, although the number has been in steady decline since it peaked in the 1970s of about 5 million, so in 2017 they started accepting girls.
According to internal documents of the organization, already in the first decades of existence of the Boy Scouts abuse problems were reported, in which there are hundreds of “degenerates” who had served as scout leaders.