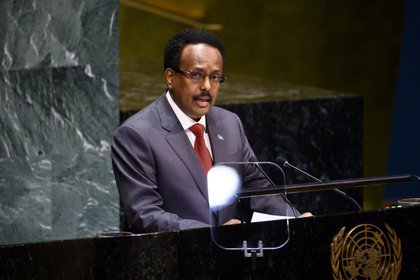 A dozen candidates for the Presidency of Somalia have begun this Saturday a three-day meeting in the country’s capital, Mogadishu, to evaluate the preparations for the February elections next year in the African country, amid serious doubts about the presumed impartiality of the electoral committees, under suspicion of affinity to the president of the country, Mohamed Abdullahi ‘Farmajo’.

The candidates, including former presidents Hassan Sheikh Mohamud and Sharif Sheikh Ahmed, will deliberate on the state of the electoral infrastructure before an electoral period that will begin next month with legislative elections, and will culminate with the elections for the Head of State.

A process that, however, has been affected by complaints and disputes from a good part of the political spectrum, particularly regarding the composition of the electoral commissions at the local and federal levels.

In this sense, these same 12 candidates protested last month against the decision of ‘Farmajo’ to impose the presence of nominees of an exclusively political nature and in their favor, as well as members of the National Intelligence Service, NISA, in these committees, which that could fraudulently influence the time of the count.

The opposition coalition of the Forum for People’s Parties (FNP) has also expressed concern in this regard regarding the breakaway region of Somaliland.

The group of experts of the Heritage Institute for Political Studies of Mogadishu has called for the dissolution of these committees, which could end up “made up of loyalists” to the president and their replacement by “credible and respectable substitutes”, according to the Somali media ‘Goobjoog’.