“It has been a difficult week but we are not going to get into a game of ‘Said, respond; says, responds. ‘ We are not here out of curiosity, we are talking about our life. Maybe it can be taken or misinterpreted to make it sound more like entertainment, but it is not. We are talking about something personal, about our private life, “he said. Sofia Aragon during the live broadcast.

How can I explain it? We are going to find a way, but we are very very calm because the truth comes out. You know that lies can be kept hidden for a very short time … Queens are united. Actually, we have been in close proximity with many, Neba and myself. And we just want to tell you that we appreciate this and that we are very calm because everything is going to speak for itself. And time will prove whoever is right ”.

Sofia Aragon Y Nebai They asked their followers not to attack the founder of the Mexican Universal organization on social media. 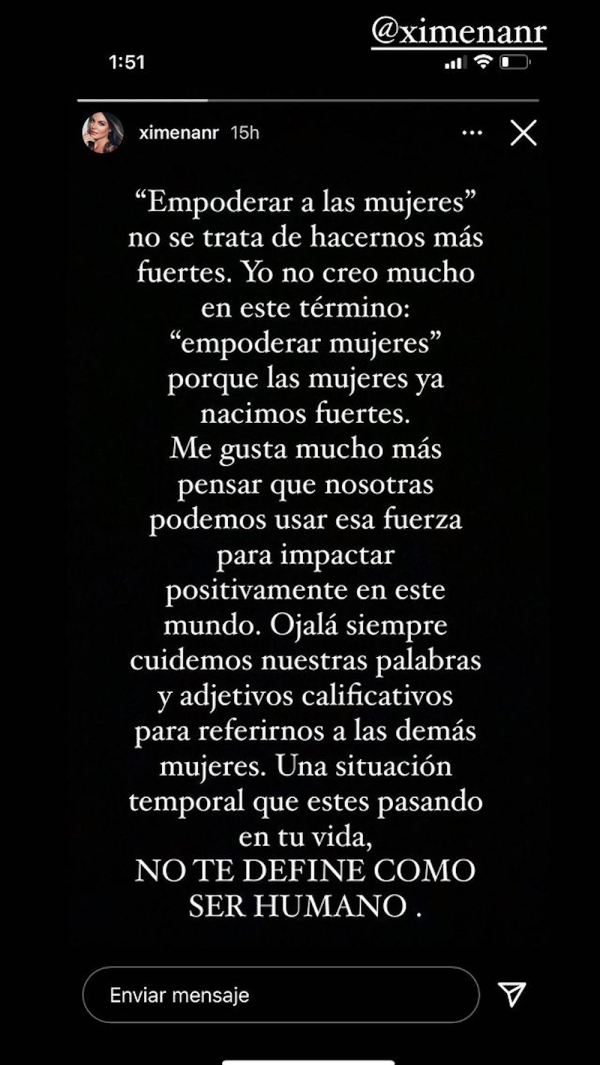 “You have to maintain respect; not even Lupita Jones deserves to be attacked. Well … it’s not me to judge who deserves what, but I think you have to lead by example and not attack anyone. If she wants to attack, let her attack alone, and we don’t give her an answer; us calm. The samples of support are very valuable, but you don’t have to attack, “he said. Sofia.