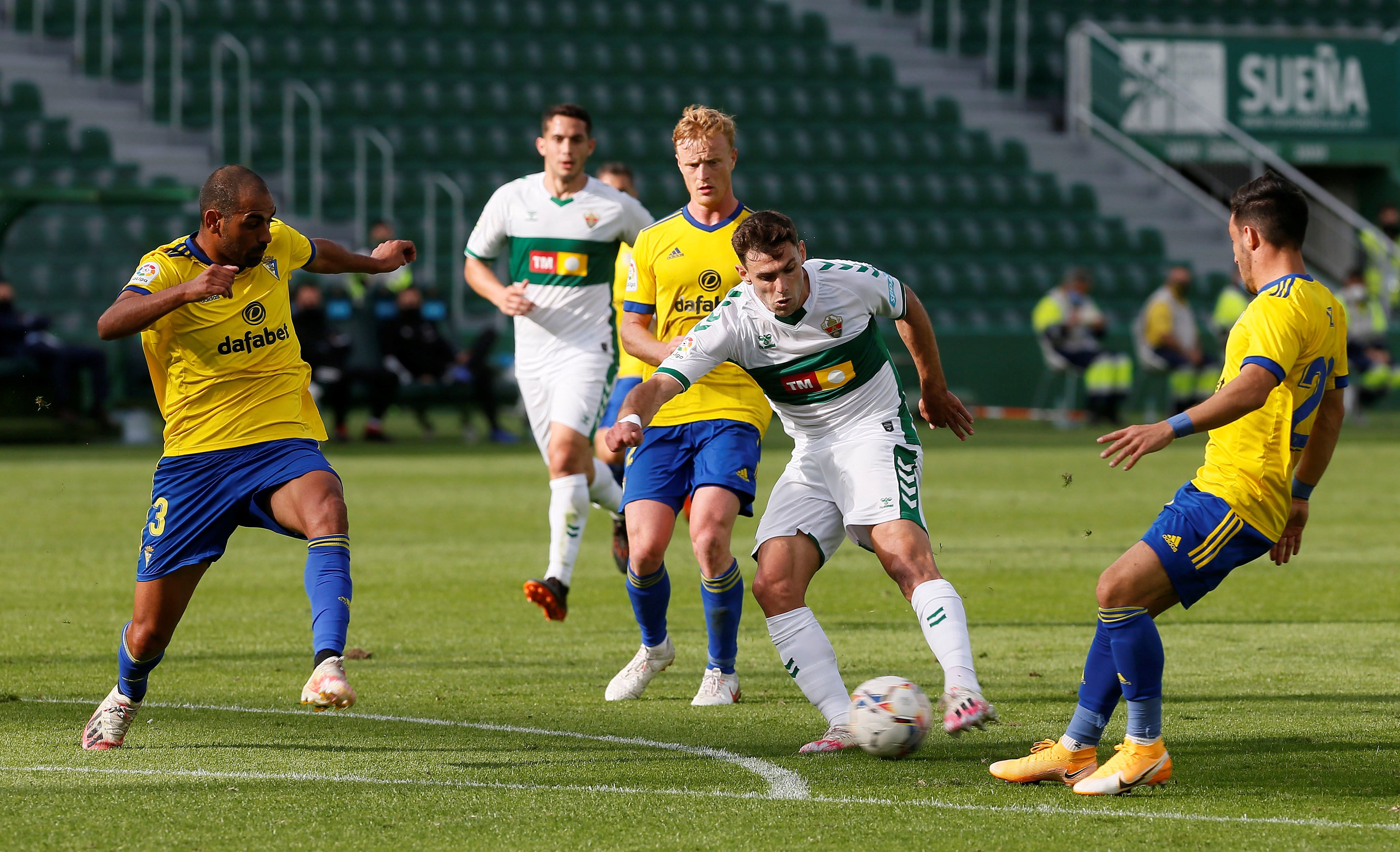 Intensity, crashes, fouls and abrupt play were the arguments of the match that faced Elche and Cádiz, two seasoned teams in the Second Division that move well in the mud and that understand that to enjoy the elite you have to suffer. Enjoyment is for others. With that humility as a hallmark they are building a serene present in their reunion in Primera. Lucas Boyé represented the paradox: he scored for Elche and was sent off in just a moment. The forward left the people of Elche outnumbered throughout the second period. Cadiz had the advantage only to tie. With order, Elche de Almirón resisted, smiling at the end with the point before a disgruntled Cervera.

There was a minute of silence in memory of Maradona. A very heartfelt memory in the heart of a part of Elche, with its owner, Christian Bragarnik, representative of Pelusa, in Argentina saying goodbye to Diego, with Jorge Almirón in the direction of the Elche team and a handful of Argentine players, up to six, in their ranks.

It was not possible to expect a Renaissance exercise or an ode to beauty between Elche and Cádiz that compete from the collective commitment, with tactics as a flag and notes of talent at the drop of a hat. The Argentine canchero entourage from Elche guarantees competitiveness. In Cádiz Álvaro Cervera is in charge, who in his playing days was a fine left-hander but on the bench he does not aspire for his teams to be delicate. The Cadiz coach goes against the current fashion in football. The defenders do not take it out by playing, the goalkeeper does not even try, it does not compensate them for the risk. And the extremes do not play on foot changed.

When the half hour of shock arrived, the little that happened in the game did not transcend in the areas. Until an episodic action changed the script. A far and soft kick from Pere Milla escaped from the hands of Ledesma, the Argentine goalkeeper of Cádiz, who was relieved to see that the ball ally with him and went over the crossbar. Once the corner kick was thrown, Diego González again forced Ledesma to divert to a corner. The party already had something to tell. Next, Lucas Boyé managed to find a loophole to set up a cross shot that Ledesma could no longer stop. Boyé celebrated the goal with his teammates and raised his right arm to the sky, a hand for Maradona.

Boyé himself became, later and unintentionally, the protagonist. Del Cerro Grande interpreted a penalty from the Argentine forward for a push on Álex Fernández, which the VAR left to nothing. Nothing was. And at the fourth minute discount, Lucas Boyé opened his left arm to win the position to Fali who received the impact of the elbow of the former Celta in the nut. Boyé was sent off after receiving a second yellow card.

The second act only had one direction with the wind in favor for a superior Cádiz that reached the tie 10 minutes after the intermission. And it was Álvaro Giménez, a man from Elche, who scored, with a good header after a great center from Álvaro Perea, the tie for the Cádiz. And the match continued to be locked with Cádiz seeking victory and Elche keeping the tie until the end.