The Legend of Zelda: Skyward Sword HD is a game that has divided the opinions of the fans. While many will finally get a chance to play this installment, other people are mad at the price. Nevertheless, This title has already become the best-selling Switch game on Amazon.

In the list of Nintendo Switch best-selling games on Amazon, Skyward Sword HD, a game that will not be available until July 2021, is positioned in the first position. Next we can see Bravely Default II, a title that will hit the market this week. 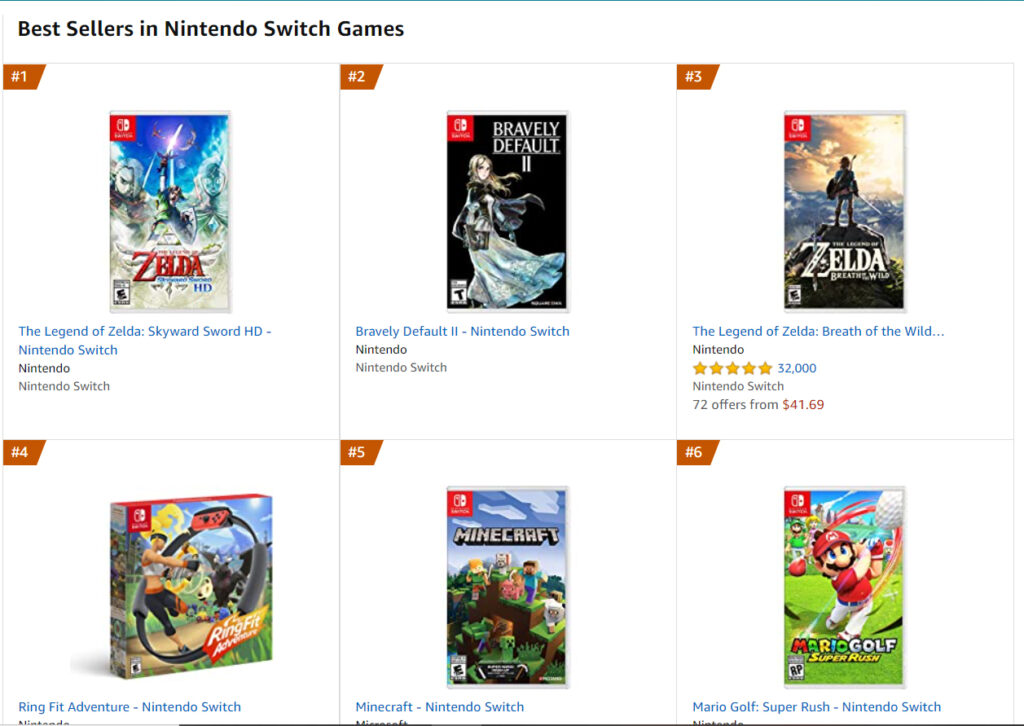 Some fans were hoping to see other Zelda games on Switch, like the Wii U relaunch of Wind Waker or Twilight Princess HD, or maybe all three in one package. This was not a particularly outlandish expectation, given that Nintendo pulled off something similar with Super Mario 3D All-Stars, which brought together three 3D Mario titles.

It seems that, like Pokémon Sword and Shield and many other games, it is the numbers that ultimately matter, and not so much the discontent of the people. The Legend of Zelda: Skyward Sword HD will arrive on Nintendo Switch on July 16, 2021.