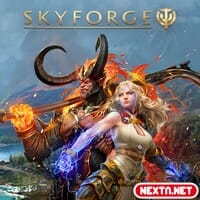 Skyforge is a free MMO (or a massively multiplayer online game if you prefer it in Spanish) developed by Allods Team. This genre does not usually have too many options on Nintendo Switch and even less if it is an RPG, as in this case, so we appreciate that it has reached the console. If you know Titles like World of Warcraft or Guild Wars, with Skyforge you will find a fairly similar experience, with PVE (player versus environment) and PVP (player versus player) options, different classes, equipment and accessories. In short, everything that makes us spend hours and hours playing these types of genres. However, it is not a new game as it was released on PC and other consoles around 6 years ago. Is it worth playing now? Is the Nintendo Switch version up to the task? Read on to find out.

The hard road to immortality

Skyforge is a title that tells the story of our avatar, a (or a) soldier who when he dies discovers that he has been blessed with the gift of immortality. After this revelation, we go to the divine observatory, where other gods and immortals teach us to handle our power and also indicate us the way to go to become a god, since the immortals who gain enough followers with their good deeds, have the option to transcend. This premise takes us through many worlds, with different scenarios where we gradually unveil the mysteries after the war that led to our death and the relationship of the immortals and gods with other beings. Throughout history, as we are “the new”, the other characters send us on errands that serve as missions to familiarize ourselves with the mechanics, but little by little we are gaining reputation and we are involved in other deeper aspects of the story. However, the story is pretty flat and it becomes predictable.

However, this story is only the tip of the iceberg, a pretext to get used to navigating the different (and sometimes messy) menus with which we can access the levels of the game. These levels usually respond to the following linear structure: you appear at one end of the map, you are eliminating enemies, you reach the end of the map, there is a final boss and you defeat it. Yes indeed, the scenarios are very varied, but they sin of being too linear or “corridors”. Although it is true that, outside of history, there are larger scenarios that have fact-finding missions and we could compare them in size to the worlds of Super Mario Odyssey, for example. In these scenarios we have two or three main missions subdivided into linear secondary missions that have to be completed at different points on the map. Once we overcome all those missions, a boss appears and, if we defeat him, we complete that territory. 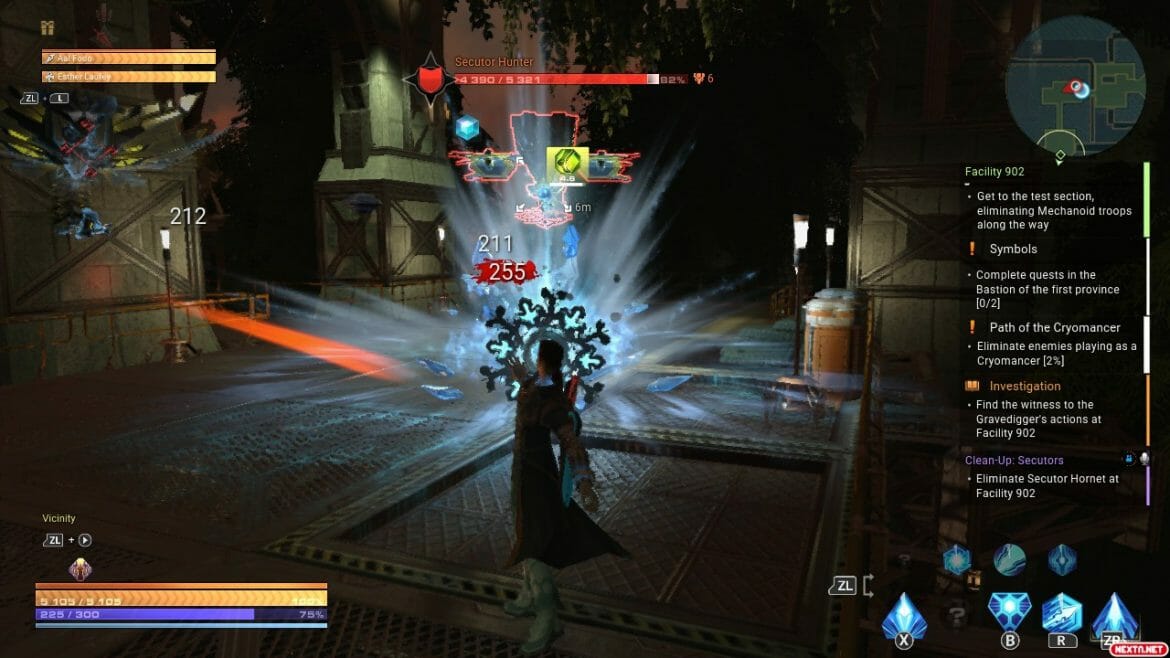 Every effort has its rewards

We’re going to talk about some of the Skyforge mechanics now, in case you have any doubts. The game is in the third person and we have a series of skills associated with each of the classes of the game that we are unlocking as we level up that class. By class we mean the specialization of our character, that is, if he is a magician, a warrior, etc. In Skyforge there are 18 classes, of which at the beginning we only have access to 3: one for ranged damage, another melee and another specialized in healing. That is, the 3 main archetypes of this type of game (tank, healer or damage) each class is associated with one of these archetypes. There are many things to unlock, from cosmetics, weapons and accessories, to the classes themselves. This can be done through certain credits that we obtain based on completing missions in history or by paying, to obtain a special credit. However, this only speeds up the process, there is no monetary barrier to the content that players can obtain, although it is true that if they pay they can access better bonuses, more experience or the unlocking of classes from the first moment.

However, the strong point of the game compared to other similar ones is that our character can vary from class to pleasure (as long as we have it unlocked, of course), so an extra fluidity is added to our performance in missions, since If we are stuck with a certain class, perhaps changing to another specialized in melee, for example, can help us advance or be of use to our companions. Effectively, This game can be played in its entirety with practically other players, whether they are friends or not, which is very useful for those more difficult enemies. In general the groups are of 3 players for the story, but there are other modes that are with groups of 5 or even many more players if we go to the PVP options. Broadly speaking, we are facing a game that continually prepares us for these modes, where our performance is put to the test by measuring ourselves against other players. 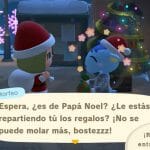 Skyforge – A diamond in the rough… too rough

We find a title that has left us very bittersweet sensations. Although we have loved the gameplay as it offers many options and modes to spend hours and hours on this game, the port for Nintendo Switch should be polished enough. Graphically, the resolution varies a lot and we almost always end up with a blurred image and the sound is linked to the permanent internet connection required by the title, so we will see that there are continuous audio errors, as well as crashes and other errors that close the program. It gives the feeling that we are facing a beta or that everything that is due for the console has not been optimized, and it’s a shame, because it’s a game with a lot of potential, free and that exploits a genre that we hardly have on the console. However, we cannot ignore these failures that become quite frustrating. For example, in research missions, where the scenario is much broader, if we open the map to better locate ourselves or simply know where to go, 90% of the time the game will close.

Taking into account the strengths of the title, as well as those aspects where the game falters the most, we are forced to penalize its note a lot. We’re sure these bugs can be patched, but the Skyforge experience is quite frustrating at the moment. It is a game with many options and that playably seems very interesting, but the version that has reached us on Nintendo Switch cannot be enjoyed. On the other hand, we must also add that it is a game that not in Spanish, so we will have to practice our English to understand everything. We hope that in the future the game will perform better, because if it does, it will be a great option to play with our friends. Even so, for now we recommend staying away from this version if we have access to those from other platforms. 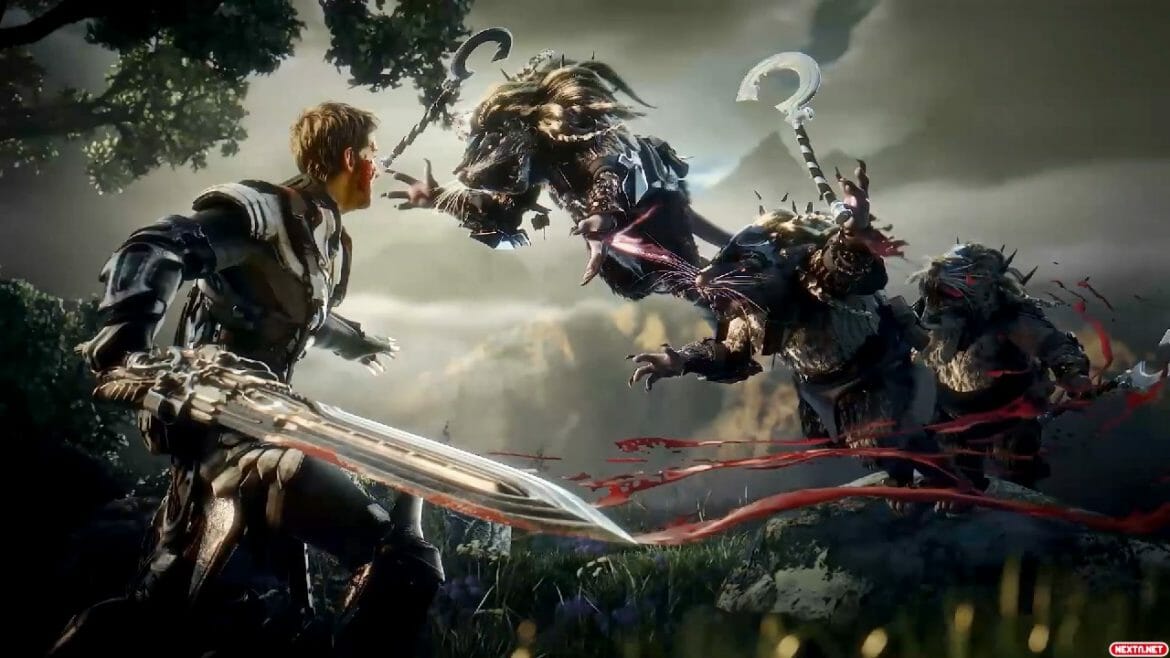 Analysis carried out thanks to a code from the Founder’s Pack provided by Best Vision. Analyzed version 1.0.3

The title has an interesting premise and gameplay quite well adapted to consoles despite being a game initially released on PC. However, the version that has reached us on Nintendo Switch has many flaws that we cannot ignore and that spoil the gaming experience. We hope that in the future the game will have patches that improve its performance and fix these bugs. But for now, we are forced to penalize their score.

You can unlock everything without paying

Change class at any time