In the last times Skoda
you have had to face a problem that more than one car brand would like to have. The fact is that its vehicle production centers located in the Czech Republic are working at full capacity. Demand for the Czech manufacturer’s models continues to grow and this has forced the brand to carry out major adjustments in order to alleviate these saturated assembly lines.

The Next generation Skoda Superb will not be manufactured in the Czech Republic. It was something that had been speculated a long time ago and that is now official. Specifically, the new generation Superb will be produced in Bratislava (Slovakia). It was initially planned to be produced in Kvasiny. Series production will start sometime in 2023. This relocation has been possible thanks to the efforts made with the Volkswagen Group. 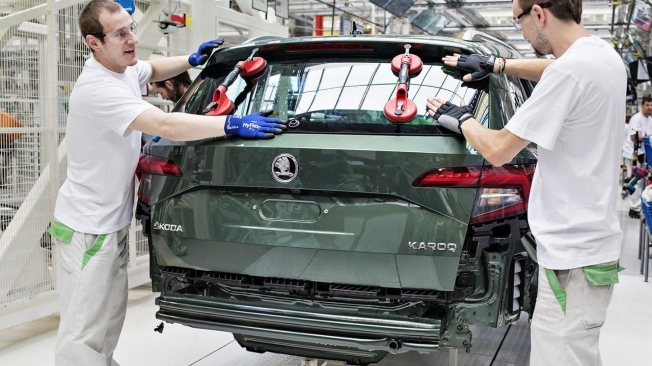 Skoda may increase production of the Karoq, one of its best-selling SUVs

Skoda will increase the production of its main SUVs

This decision of move Superb production from the Czech Republic to Slovakia It will allow Skoda to be able to assign a greater volume of monthly units to two vehicles that are key for the company. The Skoda Kodiaq and the Skoda Karoq. These two SUVs are concentrating a good part of the Czech manufacturer’s sales. They are true central pillars.

The brand has ensured that it will increase Kodiaq production and, equally important, keep the Kodiaq (and its successor) in Kvasiny. Now this extra production capacity will also be allocated to the Karoq. This compact SUV has established itself as one of the benchmarks in the general market within its category. And although Skoda has not wanted to reveal what it is, it will also use this additional capacity for a third model.

With regard to the customer, the increased production of the Kodiaq and Karoq will translate into a clear reduction in waiting times. Waiting periods that had grown worryingly. Skoda currently produces the following models at its Kvasiny facilities: Kodiaq, Karoq, Superb and the Superb iV plug-in hybrid.