Skoda launches the Enyaq in Spain, an electric SUV, whose production is limited by the allocation of batteries to its brands by the Volkswagen Group

Skoda Enyaq iVTest At the wheel of the Skoda Octavia Combi RS: a familiar with spark Contact We tested the Volkswagen ID.4

Skoda has just kicked off the Enyaq, its first 100% electric model, an SUV based on the MEB platform of the Volkswagen group, specific for this type of vehicle.

Being a milestone and pioneer, for the Spanish subsidiary it’s not going to be a key model by volume. “We have 80% sold and we have to fight between countries to have the more units the better,” explains Fidel Jimnez de Parga, general director of Skoda Spain.

The problem with electric vehicles for the Volkswagen group is that it does not have the number of batteries that it would like. In its planning, with more than 50,000 million destined for the purchase of batteries, the restrictions of the European Union and the upward forecasts of the electricity market, it means that the three million electrified vehicles that the German group will sell per year in 2025, will be may fall short.

The consequence is twofold. There is a shortage of batteries coupled with a shortage of semiconductors. What brands do then is mount the larger battery packs in more equipped models to obtain a higher profitability per car sold. This strategy leads coupled with an increase in the final price of the car: thus the electric vehicle remains an expensive product. That s, with the government aid plans in Europe this effect is shortened. 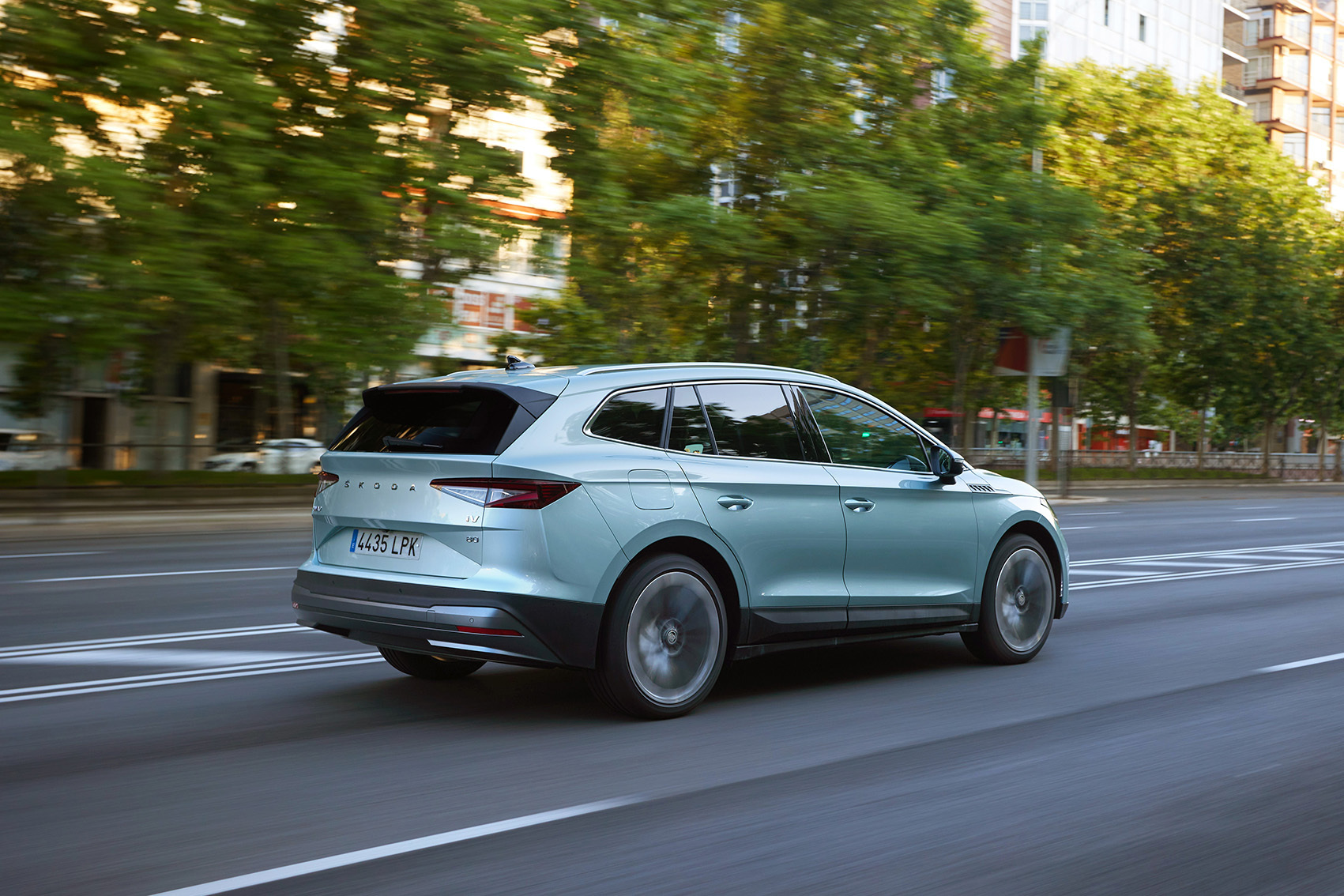 A clear example is the Skoda Enyaq. The range starts with the Enyaq 60 whose price starts without aid or discounts of 40,500 euros. It takes a battery of 58 kWh useful. This model is in the range to achieve the access price that with discounts and Moves III plan with scrap will stay at 29,900 euros.

But this variant is going to sell little. The best sellers will be the Enyaq 80 and 80x, with the addition of the Sportline finish. These variants carry a 77 kWh useful battery. The prices with this equipment are 50,500 euros and 53,200 euros. These models would stay at 39,900 euros and 42,600 euros with public aid from Moves III, discounts and financing. That is, at least, the car is more expensive 10,000 euros since Enyaq 60 will hardly be sold.

Similarly, the Volkswagen group does not want, according to its battery allocation strategy, to sell its three smallest models: the Skoda Citigo, the Volkswagen eUp! or the Seat Mii.It is more profitable for you to take advantage of those battery packs for larger vehicles and equipment. Until 2025 the small vehicles of the German consortium are manufactured (the size of the Seat Arona, VW T-Cross and Skoda Kamiq), in Seat Martorell, there will not be a bet on the electric citizens within the German group.

Skoda Spain has planned double this year the 300 electrical units sold in 2020. They were all from Citigo; this year have at least another 300 Enyaq.

As for the market, Skoda expects this year to be around 30,000 units, with growth above the market. 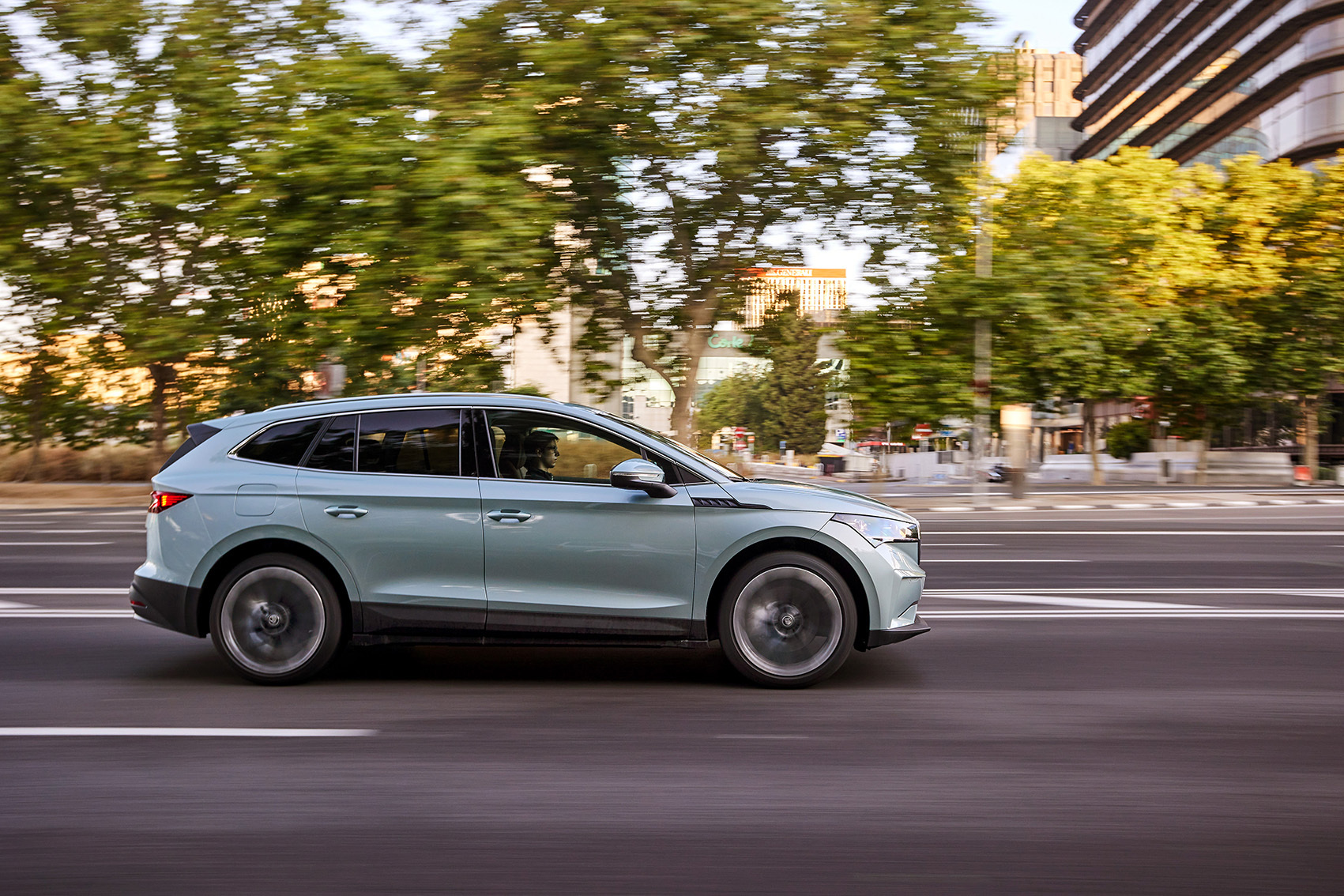 Assures that the dealer network is fully convinced of the brand’s strategy. “The network closed last year with 1.8% when the market average was 1.1% and for this year we expect to be above 2%. The important thing is that we are growing profitably, “insists Jimnez de Parga.

And he insists that “at the electrical level, the Skoda brand has 80% of its electrics sold. We do not have more production capacity. The northern countries pull the Enyaq with high equipment. We could make it safer but it is what it is” , according to the director of Skoda.

The Skoda Enyaq comes with the 60, 80 and 80x versions, with between 400 and 520 kilometers of autonomy. The 80 can be equipped with the Sportline trim. At the beginning of next year the RS version will arrive, the most capable, and by the second part of 2022 we will see the Enyaq Cup.

One of the points in favor of the Enyaq in its equipment is that Serial offers the sukko charger for domestic charging of 2.3 kW / AC, and the menekkes for public charging of 11 kW / DC and also carries the fast charging one of up to 50 kW.

Finally, Jimnez de Parga explained that “at the brand level, we are not overtaking the Moves, if the dealer wants to do it, we do not raise any objections. “Since several brands such as Hyundai or the Chinese MG advance their customers of PHEV and electric vehicles the aid of the Moves plan (they are not yet underway in any autonomous community) and they do at zero cost.