A million congratulations to Simone Biles, who just took home a bronze medal for the beam in her final competition at the Tokyo Olympics! The beam marked Simone’s return to the Olympics after she withdrew from four previous competitions in order to stay safe and focus on her mental health.

Simone previously explained that she withdrew from her prior competitions due to “the twisties,” in which a gymnast is unable to tell their position while mid-air during a routine. This can lead to serious injury. 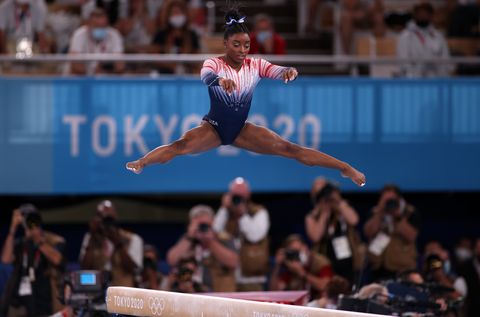 “I’m pretty happy. I wasn’t expecting to medal. I just came out here and tried to do a good beam set,” Simone told press after her competition. “I switched my dismount last minute because of everything going on. Just to have one more opportunity to compete at the Olympics means the world to me. I just was trying to go out there and hit a good beam set and compete one more time at these Olympic Games because I qualified for all five finals but then I pulled out. It sucked but I was excited to be in the stands and cheering for all of Team USA. “ 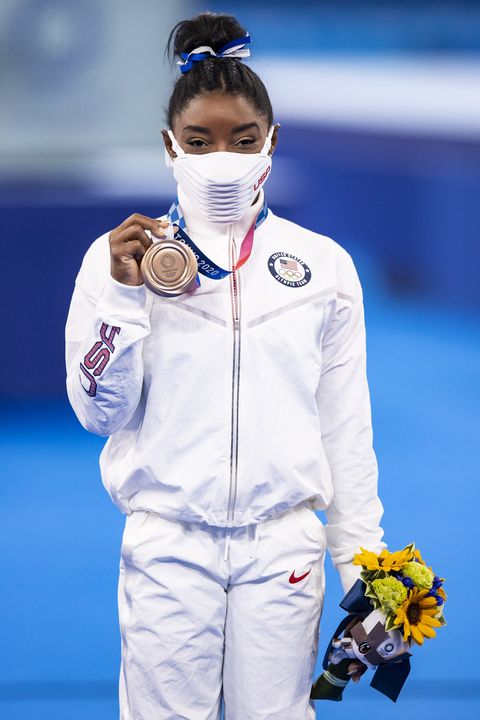 She also spoke about the importance of prioritizing her mental health, saying “To bring up the topic of mental health, I think it should be talked about a lot more, especially with athletes because I know some of us are going through the same things, and we’re always told to push through it, but we are all a little older now, and we can kind of speak for ourselves. At the end of the day, we’re not just entertainment. We’re human, and there are things going on behind the scenes that we’re also trying to juggle with, as well, on top of sports. “

Simone previously explained what she was going through on Instagram Stories, saying that when battling with the twisties she “Literally cannot tell up from down. It’s the craziest feeling ever. Not having an inch of control over your body. What’s even scarier is since I have no idea where I am in the air, I also have NO idea how I’m going to land. Or what I’m going to land on. Head / hands / feet / back … “

“I didn’t have a bad performance & quit. I’ve had plenty of bad performances throughout my career and finished the competition,” Simone added at the time. “I simply got so lost my safety was at risk as well as a team medal. Therefore the girls stepped up and killed the rest of the competition & won silver. QUEENS !!!! Hence why we have 4 team members ALLLLL of us can compete in team meet. Not just me. […] For anyone saying I quit, I didn’t quit. My mind & body are simply not in sync … I [don’t] have to explain why I put my health first. Physical health is mental health. “

Yes to this, and HUGE congratulations to Simone for this amazing achievement.