After the triumph against Valencia, Diego Pablo Simeone he entered the Top 5 of the coaches with the most victories in the history of the League. On 213 occasions he has added three points since he sits on the bench Atlético de Madrid. Numbers that equaled Ernesto Valverde in fifth place in this ranking.

Ahead has four myths of the benches. Your next challenge is to beat Ferdinand daucik, better known in Spain as Fernando. 234 victories. After triumphing with the Hungarian National Team at the end of the 1940s, he made the leap to Barcelona in which he spent four seasons from 50 to 54 winning two Leagues and three Generalissimo Cups. Later he would continue his career in the Athletic with which he raised a League and two other Generalissimo Cups. Your next step would be the Atlético de Madrid during two seasons to later continue his career in clubs such as Real Betis, Seville or Saragossa, among others.

Up to 259 wins came Javier Irureta. A coach who despite defending the osa and madroño shield as a player for eight years never got to sit on the bench Manzanares. In his time as a coach at the Oviedo, Racing, Athletic, although where he really made history was in the Depor with which he won a League and reached the semi-finals of the Champions League.

The only one who surpasses Diego Pablo Simeone that has no mattress past is Miguel Munoz. 323 wins. He spent more than 14 years training the Real Madrid, a career that he completed in teams like Granada, Las Palmas o Seville and the Spanish National Team. Nine leagues and two Generalissimo Cups in white.

That is if he cannot overcome the 344 victory of Don Luis Aragonés. A legend of Atlético de Madrid first as a player and then as a coach. Up to four times he occupied the mattress bench, the last to return to the elite by giving up playing the Champions League with the Majorca. Almost nothing. He was also in the Betis, Barcelona, ​​Espanyol, Seville… To end his career by finding the path with which Spain began to win titles after lifting the 2008 European Championship. 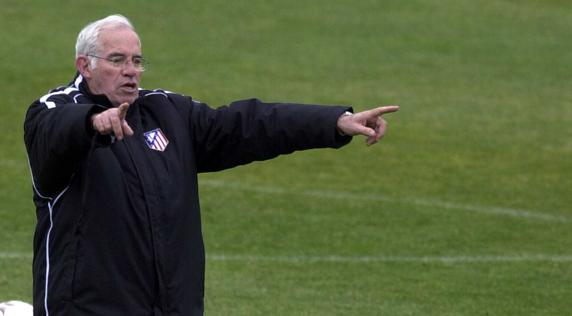 Although none of them come close to the winning percentage of the Cholo Simeone. And it is that the Argentine has 62% of his matches by victories. 213 wins in 344 league games. A real outrage. Well above the 53% held by Miguel Muñoz, 48% of Daucik and Valverde, 45% of the Sage of Hortaleza or 42 of Irureta.