Home>Tech>Signal implements private payments between users: it will use the MobileCoin cryptocurrency

Signal, the encrypted messaging app, has started testing a new user-to-user payments feature. Signal Payments allows users to send and receive money through the app, and for this they use a private cryptocurrency called MobileCoin.

Bitcoin, the cryptocurrency par excellence, has a “problem” that has begun to be observed over time: it lacks privacy. That is, since all the transactions are recorded, it is relatively easy to follow a portfolio to understand your purchases and transaction history. Alternatives like Monero or MobileCoin seek to reduce this by adding a higher degree of privacy. 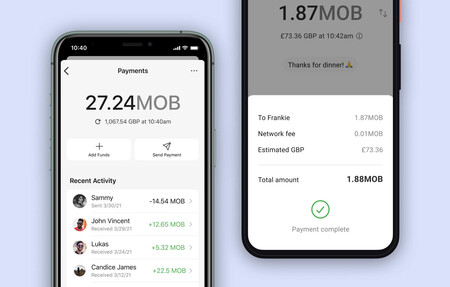 The P2P system for payments on Signal uses the MobileCoin wallet protocol and its MOB currency. As expressed in an official publication, they do not have access to transactions between users or to the history or balance of each of them. On the other hand, they promise that the user can withdraw their funds or transfer them to another service at any time.

The essence of Signal has always been the privacy and security of user data. Therefore, it makes no sense to implement traditional payments as other apps have done. Instead they are betting, for the moment, on a cryptocurrency that allows the user to be given more control over the information they expose.

At the moment Signal Payments to be tested in the UK in the beta version of the app. It is not clear when it will reach other countries or how it will evolve in the coming months. The company shows that in the future they could implement more cryptocurrencies, although nothing of this has been detailed for now.

One of the apps that more is moving forward right now for user-to-user payments is WhatsApp, with its tests in Brazil. Facebook also comes out of Facebook Pay, which seeks to merge payment between the four great Facebook services (Facebook, Messenger, Instagram and WhatsApp). But the one that has been ahead of everyone for years in this regard is undoubtedly WeChat.