Techland gained recognition from fans for their continued support of Dying Light. Dying Light 2 was expected to debut on PlayStation 4, Xbox One and PC sometime in spring 2020, but its delay was announced 1 year ago and as of now it is unknown when it will be available. The developer; However, he was hoping to release news about the game in 2021 and it seems they are very close, as a store has just leaked the collectible edition of the game.

Techland has been very secretive about the details of Dying Light 2, but everything looks like this will change soon, as the image of the supposed collector’s edition of the game began circulating online. According to information from reddit user LuRo332, the Czech store Xzone posted Dying Light 2: Collector’s Edition on its page, which was quickly withdrawn, but there was enough time for users to save the image.

Based on what is seen in said image, the collector’s edition will include the physical game for PlayStation 4, Xbox One or PC, a map of the secret locations, a steelbook, an art book, 3 illustrations, UV stickers and a small flashlight with ultraviolet lighting to interact with the prints. What is perhaps most striking is that it will also contain a limited figure of the game’s protagonist, Aiden Caldwell, who is about to attack an infected. According to the details, this edition would cost around € 210 EUR. Taking into account that prices in euros are usually the same in dollars, the edition is likely to cost $ 210 USD or $ 200 USD. 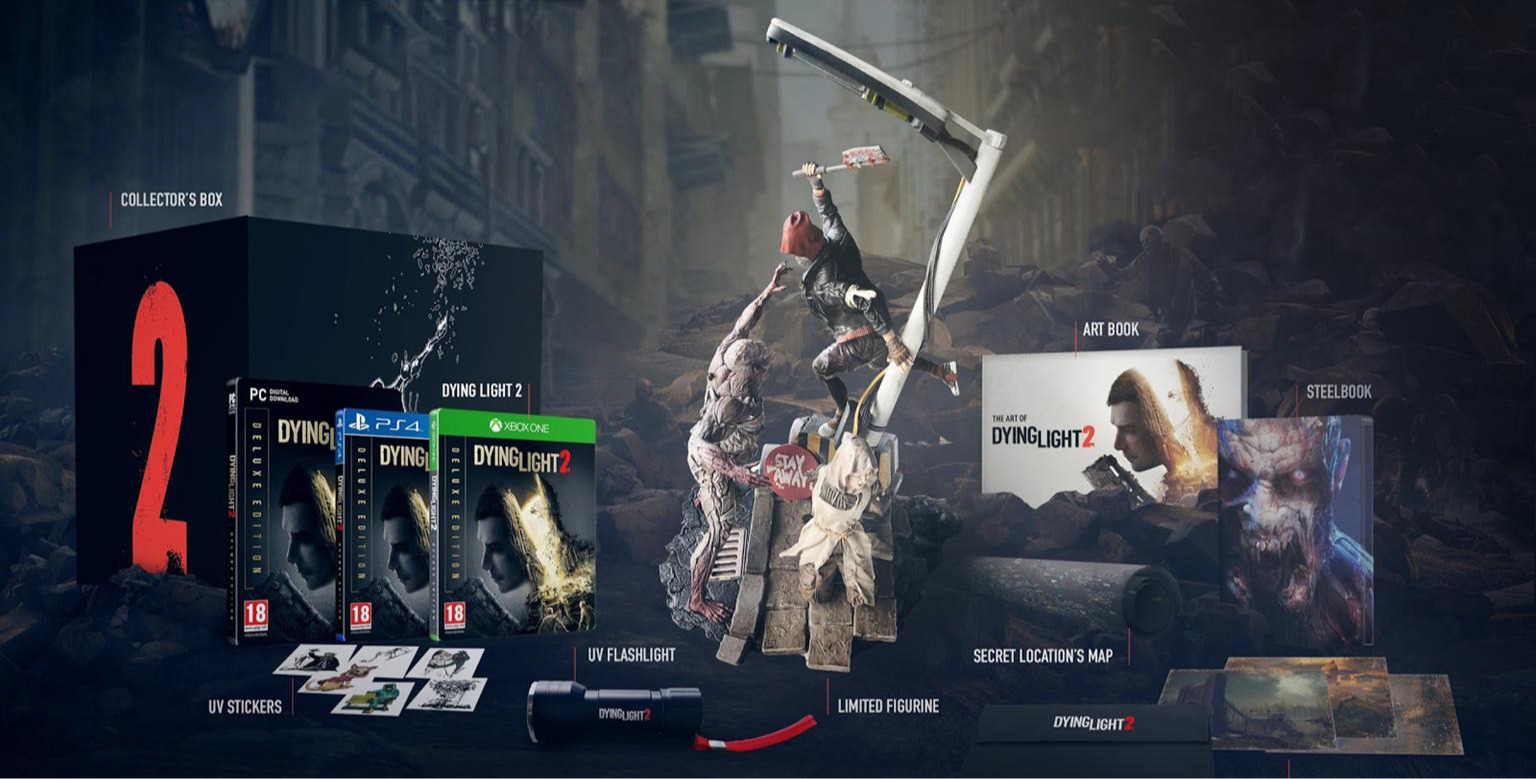 Techland said there would be exciting news for Dying Light 2 soon.

Although the Polish studio has ensured that the game is already in its final stage of development, the absence of news has attracted attention and at the beginning of the year, concern was raised among fans after it was announced that a veteran developer who had worked 22 years in the studio, Paweł Selinger, in charge of the narrative design and who worked on Dying Light 2 from the beginning, would leave the project.

Given this, the developer confirmed to PC Gamer that these changes would not affect development, as other creatives had already assumed Selinger’s responsibilities. He also anticipated that there would be “exciting news” about the game and apparently this special edition would be part of them. Although it seems that it is real and it is a matter of time for it to be confirmed, so far, however, there is no official information, so we invite you, as on other occasions, to take these details as a possibility.

In case you missed it: Rumors suggest that Microsoft might be interested in buying Techland, but the study denied the possibility.

What did you think of the supposed collector’s edition of Dying Light 2? Will you buy it? Tell us in the comments.

Dying Light 2 is in development for PlayStation 4, Xbox One and PC and it is possible that it will also arrive on PlayStation 5 and Xbox Series X | S (although it is not known if through backward compatibility or improved versions); however, there is no release date or window yet. You can find more news related to him if you visit his file.

Stay informed with us at LEVEL UP.