Google Play is rolling out a new feature that I personally find very, very practical. And, who has not been in the situation of chatting with another person and that the conversion has gone to a specific app? The common thing, in those cases, is to share the name of the same and that the person concerned either download it at that time or, if you have a fairly limited data plan or its size is large enough, wait until you are connected to a WiFi network to download and install it.

For the last year, perhaps with iOS AirDrop in sight, Google has beefed up Android features in relation to nearby devices, to the point that although Apple was a forerunner in this regard, today Android is at the forefront, and it is those of Cupertino who would have to put the batteries. And that now these functions reach Google Play is one more example of this.

And, as we can read in 9to5Google, as of version 24.0, Google Play Store allows you to share both apps and their updates with nearby devices. To use it, it is only necessary to allow the Google Play app to access your location (something that the other person with whom you want to share the application will also have to do, of course).

Once that adjustment has been made, you will have to open the Google Play Store menu, access your applications and games and select the Share tab, which is the one that gives access to this new function. In it, if you select the option to send an app, you will be able to see a list of the applications installed on your device and compatible with this new function. And this is an important point, yes, because not all apps can be shared. For example, and curiously, the Google Stadia app cannot, at least for the moment, be transferred through this function. 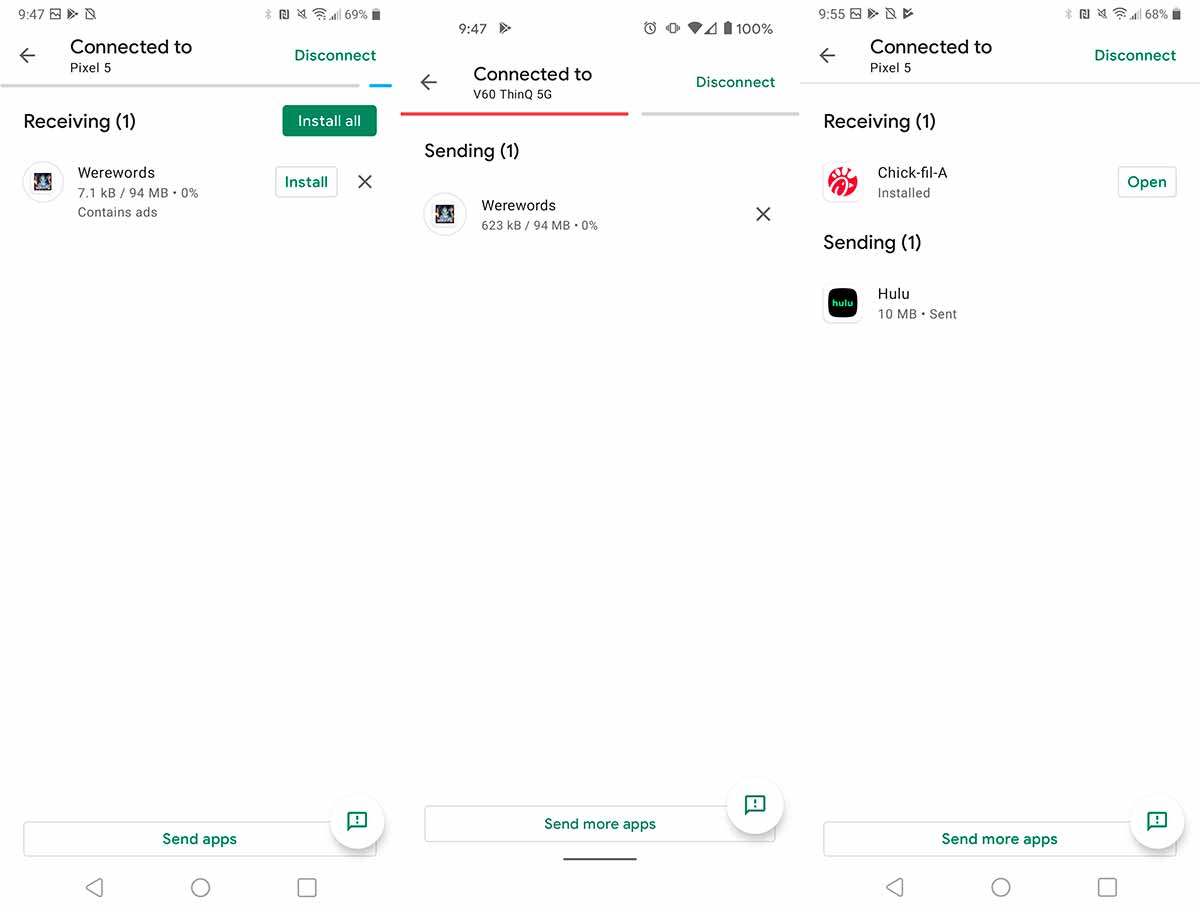 Once you have chosen the app (or apps) you want to share, you will have to search the list of nearby devices for the one with which you want to share the application. When selected, the recipient will see a message with a pairing request in which, in addition, a unique code will be displayed, which must match on both devices, to avoid malicious use of this new Google Play feature.

Once the operation is confirmed, the transfer will be made directly between both devices, that is, will not use their Internet connection. This provides two great advantages: the first is that if you are not connected to a WiFi network, you will not have to use the data from your mobile connection for the transfer, something that is especially appreciated if the app is large. And the second is that the transmission speed is very, very fast, so the copy will be done in a few seconds in most cases.

Once the process is finished, the connection between both devices will remain open, so it will be possible to use it to transfer other apps and, this is an important detail, although the first has been produced from A to B, copies of B can also be made to A. To finish, press the Disconnect button, and the link will be closed.