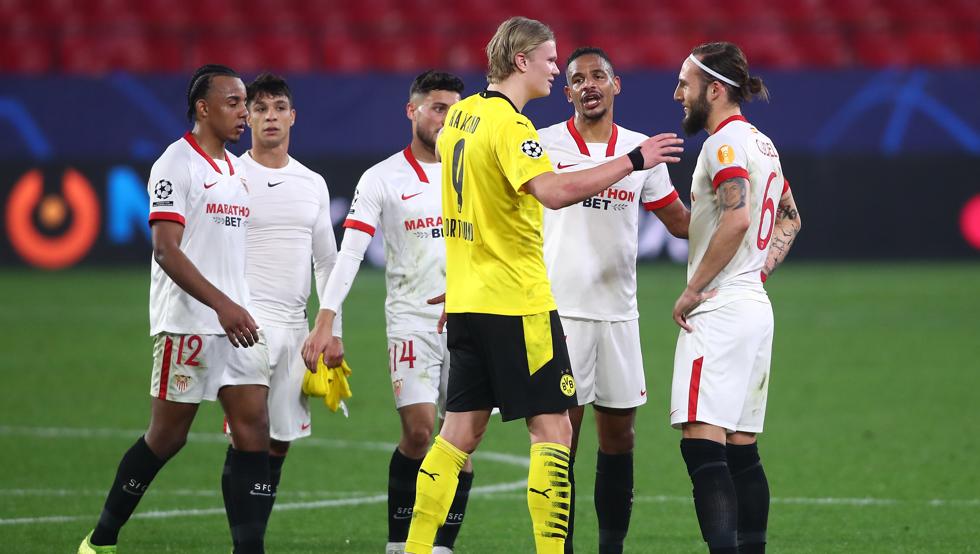 The Seville, that on Wednesday he lost to him Borussia Dortmund (2-3) the first leg of the round of 16 Champions League, only got through one of the three European qualifiers in which he was forced to come back on the second leg after being defeated in the Sánchez-Pizjuán.

The only positive precedent in Europe for Sevilla in such a circumstance was in the round of 16 of the 2013/14 Europa League, when Real Betis won 0-2 (goals from Baptistao and Salva Sevilla) but the Sevilla players passed in the round penalties after replicating the result (Reyes and Bacca) in the second leg.

In their last participation in the Champions League to date, the Sevilla players fell in the quarterfinals against Bayern Munich after a 1-2 at Sánchez-Pizjuán (Sarabia advanced to the Spanish but they turned the score around two own goals de Jesús Navas y Escudero) and a 0-0 draw in Germany.

Porto won 1-2 in Seville in the round of 32 of the 2010/11 UEFA Cup (Kanouté scored for the Andalusians and the Portuguese goals Rolando and Guarín scored), a sufficient result to pass the round despite 0-1 (goal Luis Fabiano) of the return match.

In European competitions, since the 1965 Cup Winners’ Cup rule of the double value of away goals was established, there have been 101 ties in which the first leg has ended 2-3 and only six of the teams defeated they managed to come back on the lap.