If the two minutes that were shown the other day of Bowser’s Fury, the bonus content of Super Mario 3D World on Nintendo Switch, you knew little by little, don’t worry. Sit down, grab some water to drink, and get ready to watch the new trailer just released by Nintendo that reviews absolutely all the features of the original Wii U game, the exclusive news for this version and new details on Bowser’s Fury.

Beyond going into detail about all the items and power-ups in Super Mario 3D World, let’s focus on what’s new. We already knew that this time the game will be a little faster and we can play with friends in crazy and online, so the first novelty that is discussed in the video is the inclusion of a photo mode, which was not in the original. As in Mario Odyssey we can put filters, play with the angle and zoom of the camera and put the stamps we get around the stage. Did you think that with the disappearance of Miiverse they would no longer be used?

And as for Bowser’s Fury and we found out that this great stage full of islands is called “Sea of ​​Claws.” The objective of this new game mode is to team up with Bowsy to gather Feline Suns scattered throughout the area to calm down Bowser, who has lost his papers a bit and is super furious. What could be intuited in the previous trailer has just been confirmed with this video: we can play two players driving one to the plumber and one to Bowsy. What may take more than one of us by surprise is that Furious Bowser attacks will be periodic and will repeat from time to time. During the attacks we have to be alert to the spikes that fall from the sky, Bowser’s breath and other attacks that the colossal Koopa will launch at us. Once the danger is over, we can continue exploring the islands on the back of Plessie and when we have enough Cat Suns, get the Giga Bell and face Giga Mario Felino against Angry Bowser.

The last thing we learned today is that the Mario Felino amiibo will transform the plumber into his invincible albino cat version, while the Peach Feline amiibo gives us a random power-up. But yesterday we also found out that the Bowser and Bowsy amiibo were going to have a new edition as they were compatible with Super Mario 3D World + Bowser’s Fury. Well, using the King Koopa amiibo is like calling bad weather because it will make Bowser Furious at the moment. Did you want a hard mode? Keep the amiibo on hand constantly. On the contrary, what Bowsy will do is help us by causing a great shock wave that will knock out enemies and activate nearby blocks. 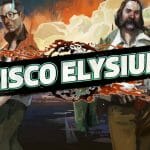 Do these news justify the purchase of the game if you already played it on Wii U? Well, that depends on each person. What I can tell you is that if you skipped it on Wii U, you are going to have a great time discovering Super Mario 3D World + Bowser’s Fury.