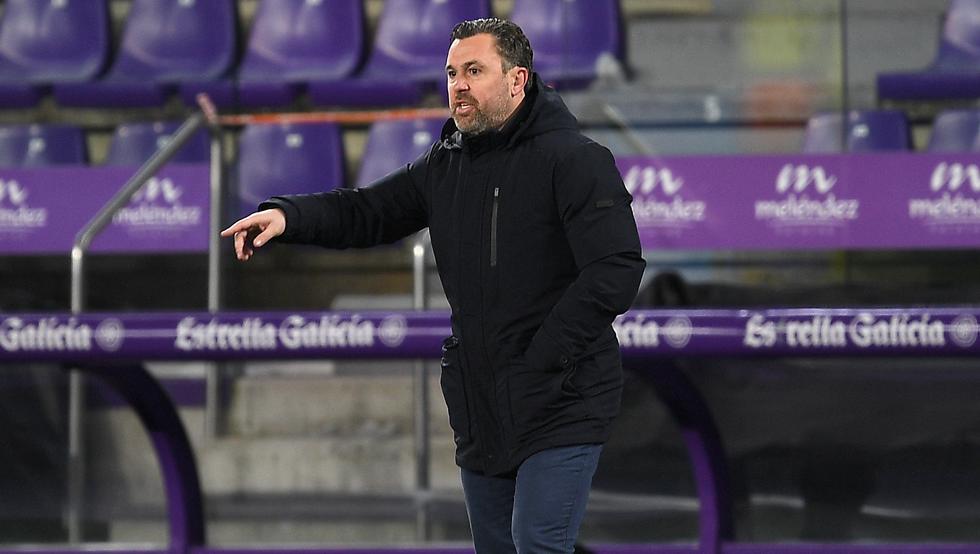 The coach of the Real Valladolid, Sergio González, has assured this Thursday, in a telematic press conference, that his immediate objective is the Cup match against the Peña Deportiva on Saturday, but “look askance” at Elche and Levante, the team’s next rivals in LaLiga.

Therefore, it has clarified that the goal is to “go to the next cup round”, but taking into account the block of matches that are presented, since they will play next Tuesday against Elche at the José Zorrilla and, on January 22, against Levante, with which they will have to rotate and use several players from the subsidiary.

In addition, there is the circumstance that numerous casualties in the team, with El Yamiq, Jota and Miguel Rubio isolated after testing positive for Covid, and the injured Yanko, Raúl Carnero and Waldo, to which they are added Alcaraz and Guardiola as doubts for this commitment cupbearer, together with Saint Emeterio.

About, Sergio González has commented that “complaining, it would be even bad, seeing what is happening in society “, so it is important to” know how to isolate yourself from this situation “, especially in regard to the positives for Covid-19” so that players can focus and have good work sessions. “

“Logically it is difficult to manage, because behind each positive there are a series of circumstances, such as not being able to access the changing rooms, having to do more tests or having to enter the facilities individually, but they are professionals and must know how to cope these situations, “he said.

It will also supposeto a handicap for the white and violet box
having to play on artificial grassHence, the last two training sessions have been carried out on the artificial field, to adapt to it, although “it is not an excuse”, but “it is part of the essence of the Cup”.

In the specific case of Raúl Carnero, who will leave for the remainder of the season, has pointed out that the left-back position, which defends Nacho Martinez also, it must be reinforced in the winter market by a player “with a more physical and defensive profile, but with the ability to go up on the attack.”

At the moment, everything points to It will be Vilarrasa, Promises player, the one who comes out in that position against the Ibizan team, to which several more players from the subsidiary will be added in the expedition to Ibiza, such as Sergio Benito, Kuki Zalazar, Oriol Rey or Lucas Freitas.

As for the Peña Deportiva, after watching several videos, Sergio has highlighted as virtues “his direct play, with a large center forward, the use of lateral centers after a change of orientation, and two strong centrals that are heading well. “

“They are the ones who have to be most concerned about us, that we must play our game, although it will be difficult, because there has already been a history and we are warned, with all five senses, since anything can happen,” he added, to the time that has warned that “no” is left over “no official party.”