Located almost a thousand kilometers off the coast of Ecuador, in the Pacific Ocean, the Galapagos Islands They are the second largest marine reserve on the planet and were declared a World Heritage Site in 1978 by UNESCO.

The pristine image of the Galapagos might give the impression that the islands are somehow protected from plastic pollution, but our study clearly shows that this is not the case.

However, despite harboring unique species and having a lush biodiversity of fauna and flora, plastics are already found in all marine habitats on the easternmost island of the archipelago, San Cristóbal Island, where the British naturalist, Charles Darwin, landed for the first time in Galapagos in the early nineteenth century.

The sea, the Beaches and even the inside of some Marine animals are already contaminated by these compounds, according to a study published in the journal Science of the Total Environment and led by the University of Exeter in the UK, the Galapagos Conservation Trust (GCT) and the Galapagos Science Center.

“The pristine image of the Galapagos could give the impression that the islands are somehow protected from plastic pollution, but our study clearly shows that this is not the case,” he laments Ceri lewis, lead author of the study and researcher at the Exeter Institute for Global Systems.

After reviewing more than 138 scientific studies on ingestion and entanglement in plastics, the researchers were able to identify the marine vertebrates of the Galapagos that are most at risk of swallowing plastics or being trapped, such as hammerhead sharks, the whale sharks, the sea ​​lions and the sea ​​turtles.

In addition, the team found more than 400 plastic particles per square meter on one of the beaches where the Marine iguana, nicknamed ‘mini Godzilla’. They were also found within more than half of the marine invertebrates (like barnacles and urchins) studied, and at the bottom of the sea.

“Our study shows how far plastic pollution travels and how it pollutes all parts of marine ecosystems,” he warns Jen jones, of the GCT and first author, for whom the priority is that the contamination stops at its source. “You cannot solve the problem just by cleaning the beaches,” he emphasizes. 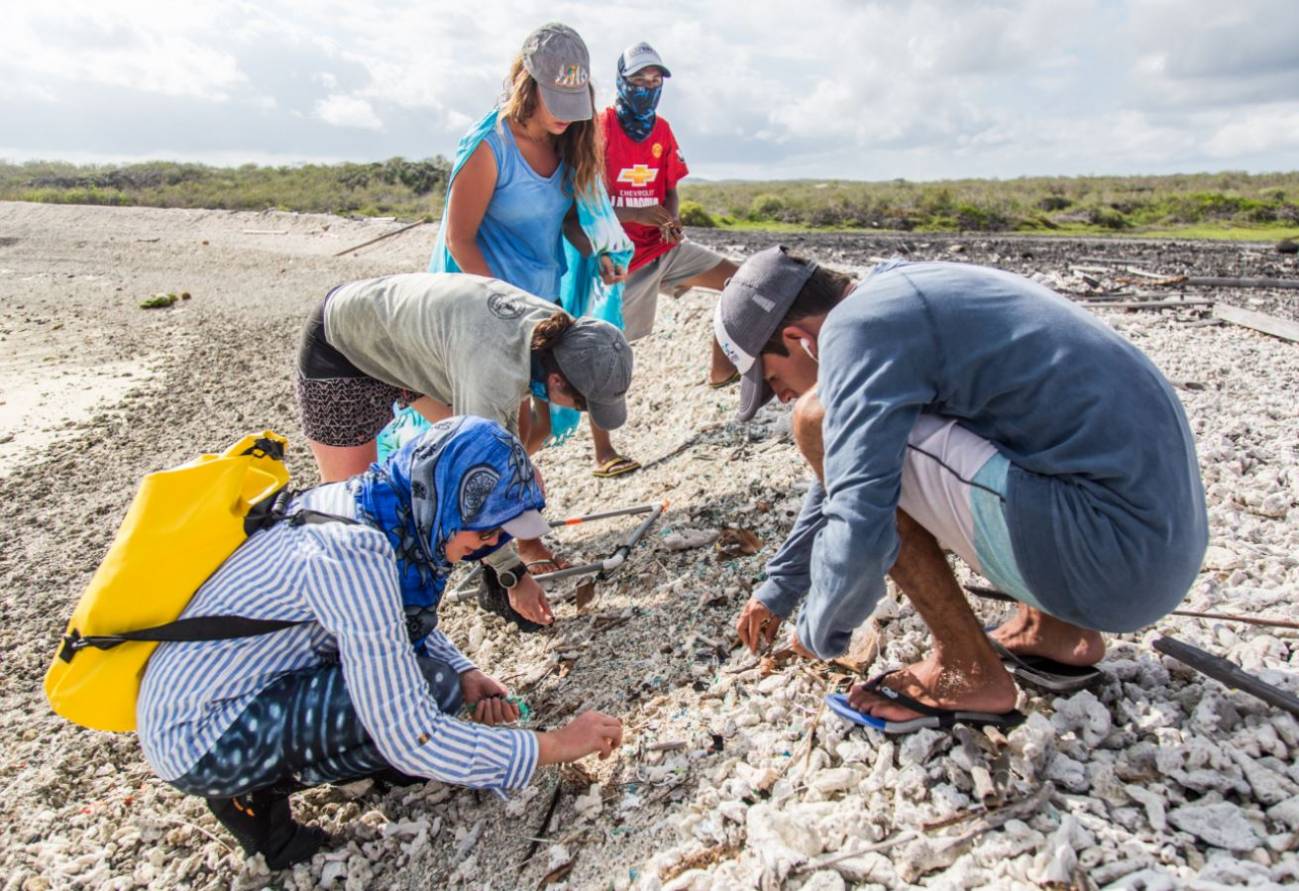 The results suggest that most of the plastic pollution in the Galapagos, a world-renowned paradise of biodiversity, comes mainly through ocean currents. Only 2% of the elements and fragments larger than 5 mm came from the islands, but the true figure could be higher, according to the scientists.

Only 2% of the elements and fragments larger than 5 mm came from the islands, but the real figure could be higher, according to scientists

“The highest levels of plastic we found were on the east-facing beaches, exposed to pollution carried across the eastern Pacific in the Humboldt Current,” adds Lewis. The researchers collected a total of 4,610 items from 13 of the 14 beaches analyzed.

This affects marine iguanas, of which there are less than 500 specimens, and that inhabit these beaches. “It is worrying that they coexist with this high level of plastic contamination,” says the researcher.

Microplastics were also found not only in the seabed and water, but also, and in higher concentrations, in the port and in the interior of marine invertebrates: “These animals are a crucial part of the food webs that support the largest species that live in and around the Galapagos Islands,” says Jones.

According to the research, the seven species of marine invertebrates examined contained microplastics, as well as 52% of the 123 individuals studied. “This situation is only going to get worse if we don’t drastically change our use of plastics,” he concludes. David santillo, from the Greenpeace Research Laboratories at the University of Exeter.