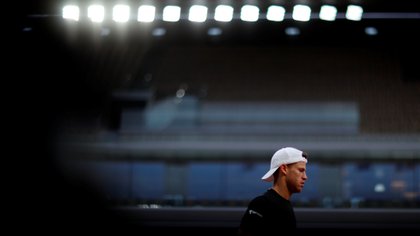 Today takes place the last day of the group stage of the ATP Finals that takes place in London with the participation of the Argentine Diego schwartzman (already removed). After the definition of two zones yesterday (with classification by Rafael Nadal), the first stage is over and the semis tables will be defined.

The Peque, who comes from losing to Novak Djokovic and Alexander Zverev for the Group Tokyo 1970, says goodbye to the Russian Daniil Medvedev, already classified to the next instance in the first position (he will clash tomorrow in the semifinals against Nadal). The Villa Crespo native tries to end his spectacular sporting year with a victory on British soil. The match is broadcast on ESPN. In the first turn, Djokovic took second place in the zone by defeating Zverev 6-3 and 7-6 (4): tomorrow he will face the Austrian Dominic Thiem, which finished first in the London 2020 Group. 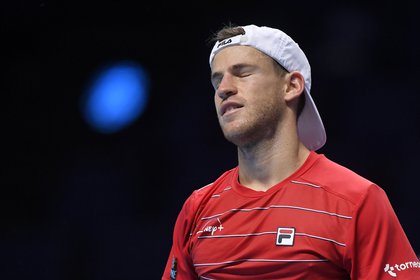 Earlier, the alarms were lit regarding the continuity of the other Argentine in the contest, the Mar del Plata Horacio Zeballos, who has already qualified for the semifinals of the ATP Finals in the doubles category together with his partner Marcel Granollers. This Friday, in the last match of the Group Stage, the Spaniard suffered an injury that made the pair have to retire during the tie break of the match against the Austrian Jürgen Melzer and the French Édouard Roger-Vasselin.

The European accused a shoulder injury and is doubtful to play tomorrow’s semifinal duel.

Although the Argentine and the Spanish had a guaranteed ticket to the semifinals, this match was key in the Bob Bryan group of the ATP Finals since would define the position in which they would be classified, but also to the other couple who would accompany them with the Croatian Mate Pavic and the Brazilian Bruno Soares waiting for what happened. Finally, they were Melzer and Roger-Vasselin those who entered the next instance as the first in the area.

* Classified to the semifinals

Uncertainty in tennis: Australian Open in danger due to coronavirus pandemic

From Villa Gesell to the ATP Finals: who is the sparring partner that defends the Italian flag and Argentina seeks to repatriate