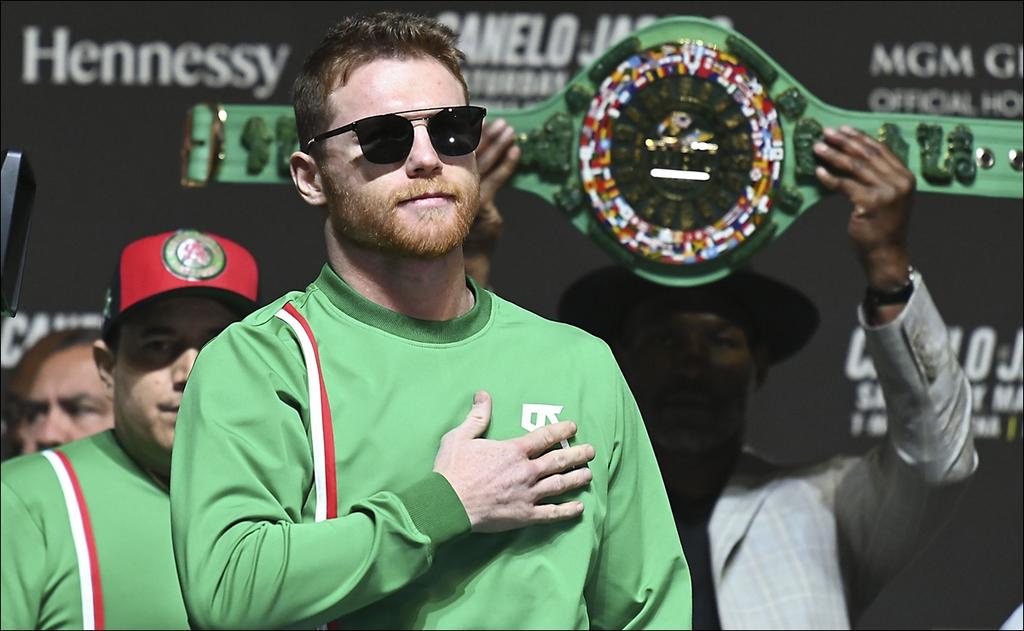 The four-time Mexican world champion Saúl ‘Canelo’ Álvarez announced on Tuesday that he will face on December 19 with Englishman Callum Smith, super middleweight champion of the World Boxing Association (WBA).

“This December 19 will be my return to the ring to face Callum Smith,” wrote ‘Canelo’ on his Twitter account.

This December 19 will be my return to the ring to face Callum Smith.

I’ll be returning to the ring on December 19th to face Callum Smith. TheP4PKingIsBack CaneloSmith pic.twitter.com/HDJqK44JOF

The combat site is still unknown.

Álvarez will fight for the first time in 2020 and will make his free agent debut in the process.

Smith accumulates 27 fights, all resolved in his favor, 19 by way of knockout.

The last time the Englishman Smith, 30, came up in a ring was on November 23, 2019 when he defeated compatriot John Ryder by unanimous decision.

‘Canelo’ last fought on November 2, when he knocked out Russian Sergey Kovalev and snatched the world light heavyweight title from the World Boxing Organization (WBO). It was the fourth belt he obtained in different divisions.

Álvarez has also been a world champion in super welterweight, middleweight and super middleweight.

Álvarez interfered in September this year in a legal dispute against the promoter Golden Boy Promotions, owned by retired boxer Óscar de la Hoya and the DAZN network, whom he sued in a court in the United States for breach of contract.

According to ‘Canelo’, DAZN, with which he signed a contract in 2018 of 365 million dollars, and De La Hoya’s company have not let him fight since last November, which generated economic losses and asked the authorities for a compensation for 280 million dollars.

On November 6, Álvarez’s trainer, Eddy Reynoso, announced in a press release that ‘Canelo’ was becoming a free agent, ending his relationship with Golden Boy and DAZN.

The record of ‘Canelo’ as a professional is 53 victories (36 by knockout), 2 draws and 1 loss, when he faced the American Floyd Mayweather Jr. in 2013.