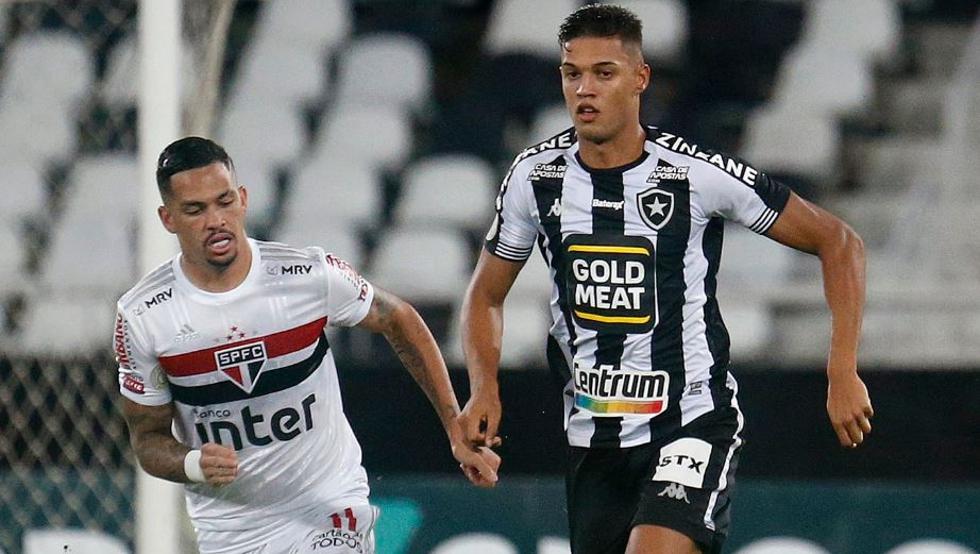 The Palmeiras, champion of the last Copa Libertadores, drew this Monday (1-1) against Athletic Goianense in the Brazilian league, while el Sao Paulo lost 1-0 when visiting a Botafogo already condemned to play in the Second Division.

The two games completed the penultimate day of the Brazilian Championship, which will conclude next Thursday and comes to an end with Flamengo and Internacional as the only candidates for the title.

Against Atlético Goianense, Palmeiras opened the scoring with a goal by Uruguayan Matías Viña, in the 21st minute, but Matheus Vargas equalized when the first half of a match ended in which neither team had a stake.

Palmeiras, who won the Copa Libertadores last January, consolidated in seventh position, with 58 points, and Goianense remained in box 13, with 47 points.

Sao Paulo, which until last week still had a remote chance of reaching the title, disappointed once again against Botafogo and fell without extenuating in their visit to one of the most traditional clubs in Brazilian football, but which occupies the last place of the classification and is already condemned to decline.

Matheus Babi scored the only goal of the match in the 57th minute, and Luciano, Sao Paulo’s striker and one of the league’s top scorers this season, wasted a penalty down the stretch of the match.

Sao Paulo will be one of the referees for the definition of the tournament this Thursday, when they will receive a Flamengo at the Morumbi stadium who can renew the Brazilian title he won in 2019.

The Internacional, meanwhile, will play their last options at their own home, in Porto Alegre, against Corinthians, against whom they will only be worth a victory to maintain their illusion of being a Brazilian champion again, something they have not achieved since 1979.