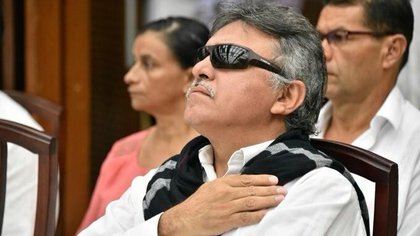 In the midst of the investigations being carried out against Iván Márquez’s nephew, Marlon Marín, accused of drug trafficking, the station La W Radio revealed documents in which the Attorney General’s Office responds to the request of the Supreme Court of Justice regarding the status of the investigations against Marín and others involved in the case. In said communication, the investigating entity pointed out that Seuxis Paucias Hernández, alias Jesús Santrich, did not appear as a suspect. in the case of drug trafficking.

As read in the document, in June 2019, the Supreme Court demanded that the Prosecutor’s Office report ‘immediately’ the names of those indicted in the case, with which they referred, in particular, to the current fugitive of the law Jesús Santrich, who after submitting to the peace accords signed by the Government of Juan Manuel Santos and the FARC guerrillas, fled and returned to arms at the hands of Iván Márquez, el Paisa and other dissidents to form the movement of the Second Marquetalia. 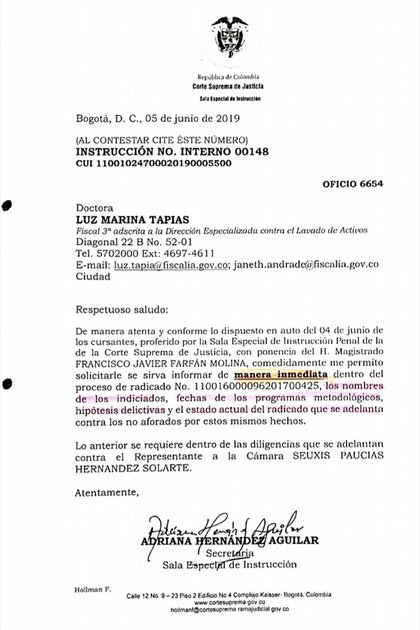 Request from the Supreme Court of Justice on the status of the investigations against Marín and others involved in the case, in which it was pointed out that Seuxis Paucias Hernández, alias Jesús Santrich, did not appear as indicted in the drug trafficking and laundering case of assets.

When talking about that Jesús Santrich was not part of the indicted during 2019, it is understood that the former member of the FARC political party was not being investigated for being a suspect in the crime of which Iván Enrique Libreros Días, Armando Gómez España, Fabio were being accused Simón Younes Arboleda and Marlon Marín Marín.

The former member of the FARC political party was not being investigated for being a suspect in the crime for which Iván Enrique Libreros Días, Armando Gómez España, Fabio Simón Younes Arboleda and Marlon Marín Marín were being accused.

Before the request, the Prosecutor’s Office, which was in charge of giving the names of those who did appear in the investigation registry, explained what the criminal hypothesis was about, which led to the decision to open the case against these men. According to them, the existence of a transnational organization dedicated to money laundering and drug trafficking was being investigated. 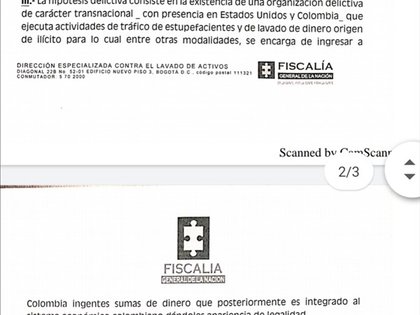 As La W radio learned, thanks to direct sources from the Prosecutor’s Office, in the midst of the allegations between the two entities, some audios that the Supreme Court was using in the investigation that would involve Santrich, for having been part of drug trafficking activities allied to the Sinaloa Cartel, a case for which he was arrested on April 9, 2018 by agents of the CTI of the Prosecutor’s Office in a house in the Modelia neighborhood.

The audios, released by the newspaper El Espectador, not only pointed to Santrich and the other four men mentioned by the Prosecutor’s Office in its response to the Supreme Court, but also names such as the de Piedad Córdoba and former vice president Óscar Naranjo, who flatly denied knowing Marín or having anything to do with the accusations made of them in the audios.

Naranjo, ‘the second of your country’ or ‘Rotten Orange’, as he is referred to in the intercepted calls, was accused of being an accomplice in the drug trafficking that took place from the south of the country to Bogotá, if he had worked with Mexican drug traffickers, and having alerted Iván Márquez and Jesús Santrich about strange movements around them that indicated they were being tracked.

The investigation put the former Attorney General Néstor Humberto Martínez in a complex situation, who maintains that he was unaware of the progress of the process against Santrich and that, “When the Prosecutor’s Office began an investigation against Marlon Marín there was never a file against Santrich, because he was not indicted for a specific crime, there were two defendants from 2017, now they say that those files were against Santrich and that the Prosecutor’s Office refrained from sending them”, He explained to Caracol Radio after the JEP (Special Justice for Peace) denounced that the then Prosecutor denied them sharing the necessary audios to advance the case.

Through a press release, Martínez assured that, “On May 16, 2018, the JEP began a judicial control procedure of the capture of alias“ Santrich ”, exceeding its functions. Therefore, the Prosecutor’s Office went to the Constitutional Court and by order 401 of June 27, 2018, it was ordered that the JEP could not usurp the powers of the Prosecutor’s Office in these matters and specified that the JEP’s responsibility was limited to evaluating “the attributed conduct to determine the precise date of its conduct.”