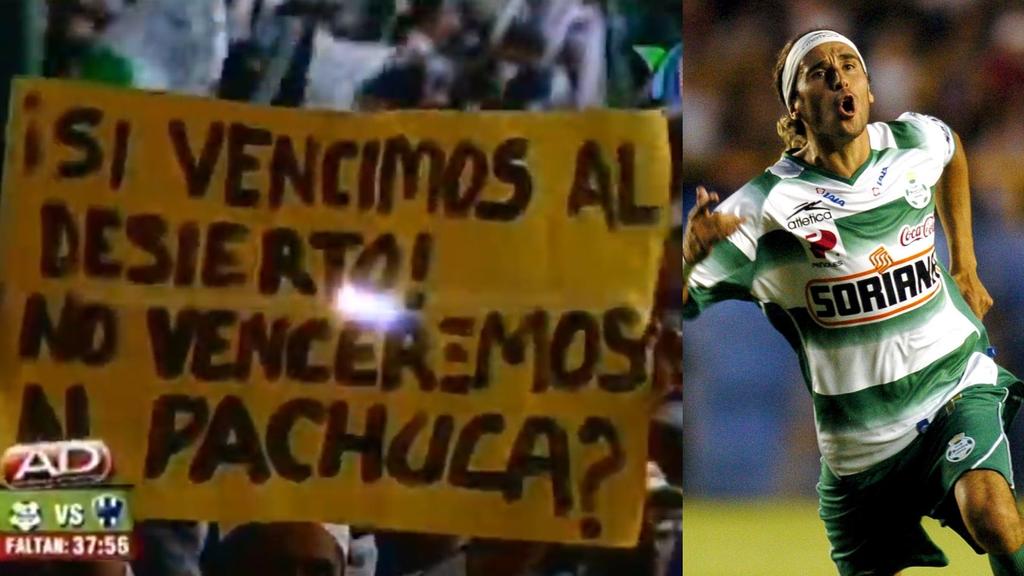 A ticket to advance to the Quarterfinals of the 2020 Guardians Tournament Liguilla will fly over this coming Saturday at the Corona Stadium while Santos Laguna and Tuzos del Pachuca will seek to reach it.

This match brought the Lagunero team back to the last playoff match against San Luis during the Clausura 2007, where a goal from Walter “Lorito” Jiménez in added time gave the Warriors victory.

Like Santos, the former Argentine player also recalled the moment on his social networks.

Another of the memories shared by the Albiverdes was a poster that reads “If we beat the desert, won’t we beat Pachuca?” (sic), which was captured by the transmission of TV Azteca and which once again motivates the warrior fans before the commitment this weekend.

We defeated the desert and we can with that and more. To look for the victory against Tuzos and the pass to the # Guard1anes2020 league! ⚽ #ModoGuerrero ⚔️