The President of the Government, Pedro Sánchez, charged hard this Sunday against the PP candidate to revalidate the presidency of the Community of Madrid, Isabel Díaz Ayuso, whom he blamed for the increase in infections in recent days, accusing her of be responsible for the supposed “riot” that exists in the region. It is one more example of the national aspect that the 4-M elections are taking in the Community of Madrid, and Ayuso did not shy away from the clash with Sánchez and responded to him by affecting him that he continues “without controlling Barajas.

This is how tough Sánchez was in an act in which he accompanied, for the third consecutive weekend, the socialist candidate Ángel Gabilondo. The president assured that the Community of Madrid is “record in lack of control and chaos with risk to the health of our elders”, and he entered directly to dispute Ayuso the defense of the “freedom” that the popular candidate has wanted to champion in recent weeks. Libertad, Sánchez said, is “everything except the riot of circulating the virus” in Madrid.

The leader of the PSOE, in addition, insisted on a strategy that has worked well for him in other electoral appointments: that of mobilizing his electorate by encouraging fear of an eventual arrival of Vox to the regional Executive. “There are only two options: either a serious government led by the PSOE, or a government that adds the votes of the extreme right to those of the extreme right, that is to say, the Government of the Plaza de Colón “, snapped Sánchez, who assured that an alliance in power between Ayuso and Vox would imply “social injustice, corruption, demagoguery and the extreme right”, in addition to “transfuguism.”

“Vox is the apology of Francoism, the attacks on feminism, xenophobia, homophobia or the threat of closure to critical media,” the Prime Minister listed. And Ayuso, according to Sánchez, he has decided to “throw himself into the arms” of that “extreme right”. “If there are elections it is because, once and for all, without ambiguity, the Madrid right” has chosen that it wants to govern with Vox, he settled.

The Madrid president replied to Sánchez through her Twitter account, recalling a statement by the president in July last year, when he was proud that Spain had “defeated the virus and controlled the pandemic.” “Now, who explains the riot? The one who still does not control Barajas?” Ayuso wondered.

Pedro Sánchez, July 2020: “We have defeated the virus and controlled the pandemic”. End of quote.

Now, who explains the riot? The one who still does not control Barajas? pic.twitter.com/3LYJL9jcXp

The PP leaves Gabilondo in the background

And it is that the PP is also taking advantage of the 4-M pre-campaign to launch its criticisms of the central government, leaving the socialist candidate Gabilondo in the background. “That all Madrilenians have it clear, the candidate Ángel Gabilondo is not chosen here, here Pedro Sánchez is elected when the PSOE is voted “, raised this Sunday the popular. 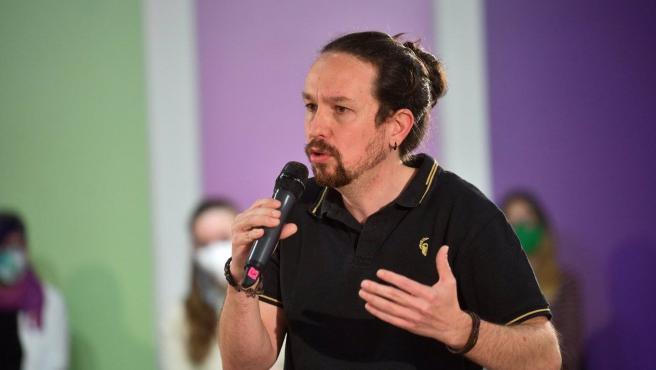 However, Gabilondo also charged this Sunday against an Ayuso whom he accused of wanting to “isolate” Madrid by hoisting a kind of “right-wing independence from Madrid”. That the Madrid PP says that the central government “abandons them or mistreats them” is for Gabilondo a traditional version of “Spain steals from us” that denounces a part of the Catalan independence movement.

The PSOE candidate also insisted that he will not include Pablo Iglesias in a government led by him. “We are not going to govern with extremes, we are not going to touch taxes and we will strengthen public education,” he promised.