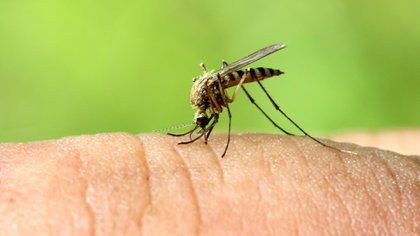 The Government of the province of San Luis will implement an action of “biological control” of the mosquito that transmits dengue with the sowing of baby silversides, in permanent bodies of water (Shutterstock)

Through the Ministry of the Environment and Parks, the Government of the province of San Luis will implement an action of “biological control” of the mosquito that transmits dengue with the sowing of baby silversides, in permanent bodies of water located in urban areas and peri-urban.

The holder of this portfolio, Natalia Spinuzza explained that “These fry come from our Florida Fish Farming Station what After a job that is carried out throughout the year, and to speed up the process, we use manual spawning techniques that will guarantee the amount of fingerlings needed for each body of water ”.

For his part, the biologist and head of the Vector Control Service of the Epidemiology area of ​​the province of San Luis, Guillermo Benitez musicant explained to . that “This preventive action aims to reduce the number of Aedes aegypti mosquitoes with a “planting job taking into account that mosquito larvae are part of the diet of native fish ”.

In the coming days, sowing will begin in the lagoon of the town of Unión, in the southern province, since it is very close to the urban area and then we will continue with the Villa Mercedes lagoons, with about 10 thousand fish from the provincial Fish Farming Station.

The professional clarified that the action represents a “concrete impulse to prevent proliferation in our territory“And clarified that” it has as a background investigative studies carried out in Cuba “in small tanks with” a variety of fish “among which are native species that incorporate larvae of different types of mosquitoes, including the transmitter of dengue, into their diet.

The specialist highlighted that “These species also consume other types of larvae, among which are those of the mosquito that transmits the viruses that cause encephalitis, whose eggs develop mainly in lagoons and water bodies ”. 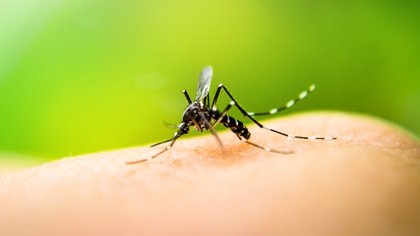 Argentina had a dengue epidemic in 2009 and 2016, according to official figures (iStock)

In that sense, he indicated that lhe importance of the action, which he described as “innovative”, consists of “preventing the proliferation of the dengue mosquito, which associated with the mobility of people ”, configure the characteristics of contagion.

He further added that “Dengue symptoms are similar to those of Covid-19“And explained that the mode of transmission also occurs in intra-family relationships, since the mosquito seeks by proximity” to bite people or warm-blooded pets. “

The biologist indicated that the health importance “is in the possibility of reducing the risk of this type of diseases that registered in 2019 the largest outbreak in Argentina and South America.”

He also stressed the importance of the campaigns that have already started aimed at raising awareness of prevention “through discarding since although the mobility of people has decreased due to the coronavirus pandemic, the eggs may have remained during the winter.” And he argued that it is necessary “to annul their containers and dispose of them, bagging the possible accommodations and making them available to the collectors to move them away from patios and houses.”

First person: living and surviving dengue, the enemy overshadowed by the coronavirus

The return of dengue: the national campaign was launched to prevent it in the worst year of the disease