The South Korean giant has expanded its patent portfolio with a very interesting concept, a very special ring with which Samsung will allow us to recharge the battery of our smartphone, and also that of all those devices compatible with wireless charging technology.

To better understand the value, and interest, that this Samsung patent has, we must stop for a moment and assess how our lives have changed after the rise of the smartphone sector. Many people live, today, glued to the screen of your mobile, a device that depends on a battery, and that can be totally unusable if we make intensive use of it and do not have a plug nearby.

It is true that part of this problem has been solved with external batteries, also known as «power banks», it is a relatively large accessory that requires an effort from the user, not only for its maintenance, but also for what it means to carry it on a daily basis.

With all this in mind, this Samsung project is much easier to fit. The ring that would allow us to charge the battery of a mobile device would be an accessory that we can comfortably carry on the finger, and it could even become a complement more in line with our style, and we would not have to worry about charging constantly. 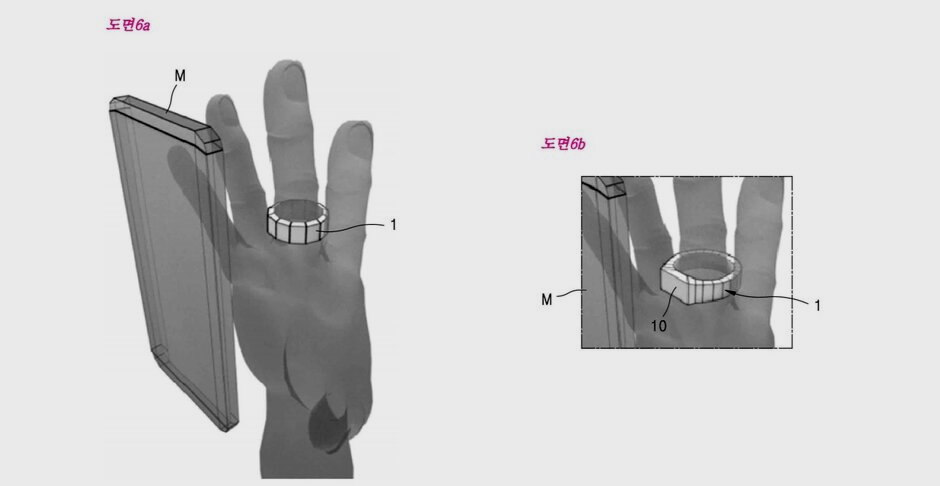 A ring to recharge them all: this is how the new Samsung would work

According to the text of the patent published by Samsung, this ring would not integrate a circular battery inside, but would have a magnetic disk with a small generator that would be able to transform kinetic and thermal energy (hand movements and body heat) into electrical energy.

That ring would therefore be self-sufficient, that is, we would not have to worry about putting it to charge. Just by wearing it consistently we’ll make sure it’s always ready to go.

As you might expect, all electrical energy generated through heat and movement will be stored in a small built-in battery, But how can we use it to charge our smartphone? Well, very simple, the ring will activate automatically and begin to recharge our terminal wirelessly while we are using it. For example, when we take it with the hand in which we have the ring to make a call. This system will be activated intelligently, without us having to perform any kind of special action, at least in theory.

It goes without saying that this would only work with smartphones that are equipped with a wireless charging system. The idea that Samsung raises is very interesting, but at the moment it is only a concept on paper, and it does not have to materialize in the short or medium term.