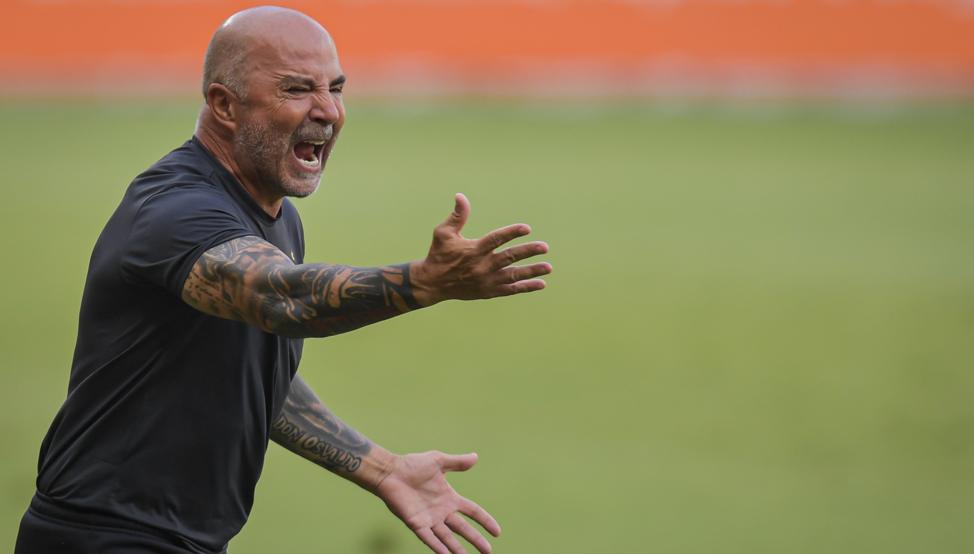 Argentine coach Jorge Sampaoli announced this Monday by letter his departure as coach of Atlético Mineiro, a club that he will leave on Thursday coinciding with the end of the Brazilian Championship.

“The end has come. Thursday will be the last game. I leave with the nostalgia of not having been able to lead with a full stadium. I know we were very excited,” said the former Argentina and Chile coach in the letter released by his press advisory.

Sampaoli thus puts an end to his career in the Belo Horizonte team, which he arrived in March 2020 and which he leaves just one season later and one before ending his contract with the ‘roosters’, which lasted until December of 2021.

“I want to thank the entire club; the players, for their dedication; all the workers of the institution for putting their soul into this project; the leaders for giving us great conditions to work; the city, for treating us well”, the technician listed.

In the letter Sampaoli did not reveal what his next destination will be, but everything indicates that it will be the French Olympique de Marseille, with which he would already have a signed agreement.

We didn’t just set out to win

“The year 2020 was very hard for humanity. We had to be creative and we wanted to build a team that, by passing on television, would make us forget the sadness of the moment. We did not set out to simply win: we tried to be happy,” he said.

In this sense, Sampaoli maintained that “there was not a single day at Atlético Mineiro in which they abandoned” their idea of ​​football.

Proud of his philosophy

“This team had the courage to play inside and outside the home in the same way. El Gallo put his heart in the whole country. That gives me impressive pride. I want it to be an ideology that remains in the club,” he said. “Brazilian football has infinite talent and it made me reconnect with the beauty of the game, something that will mark me forever.”

He ended badly with Santos, but well with Mineiro

Before taking on Mineiro, Sampaoli, former coach of Sevilla, among other clubs, led Santos in 2019, with whom he came second in the Brazilian Championship that year, which was won by the all-powerful Flamengo.

He left the São Paulo team at odds with the directive and his goodbye ended up in court.

On this occasion, he affirmed that Atlético Mineiro, who under his command was for a stretch of the season at the head of the League, “is destined to fight for great things” and said he was sure that “victories will come.” “I want you to continue walking with your heart as a guide,” he concluded.

Sanctioned, he will not be able to say goodbye on the field

Sampaoli, however, will not be able to sit on the Mineiro bench next Thursday against Palmeiras, on the 38th day of the Brazilian Championship, after being sent off the previous day after a scuffle with the refereeing body in the match against Sport de Recife .