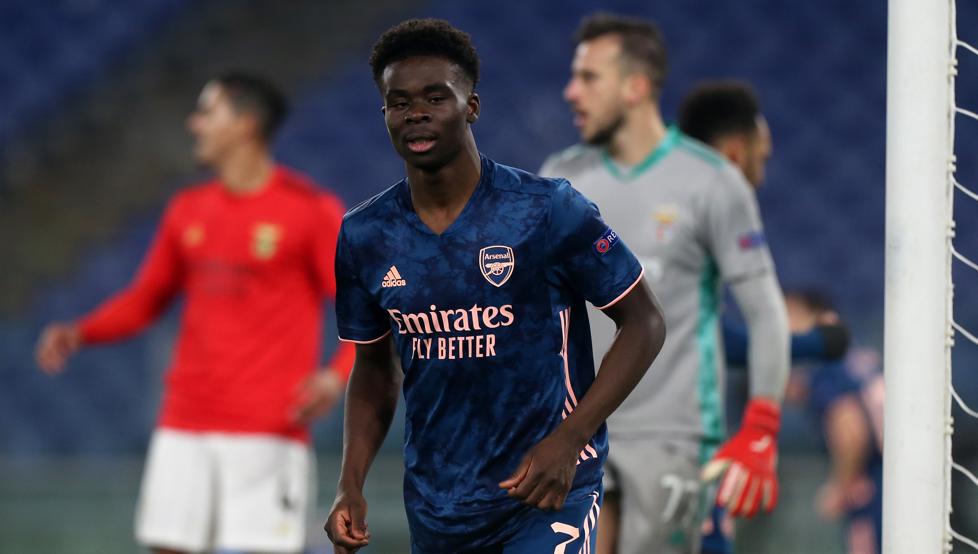 In a duel between historical, Benfica and Arsenal left the outcome of their knockout round in the Europa League for the second leg. The first leg, played at the Olympic in Rome, due to health regulations as a result of the coronavirus pandemic, was balanced and ended 1-1. First the Lisbon players scored, Pizzi from a penalty, and 2 minutes later the Londoners leveled, through Bukayo Saka. It was an Arsenal with Martin Odegaard and Dani Ceballos at a high level.

After an even first half, in which Pierre-Emerick Aubameyang could not take advantage of the best opportunity (since the captain ‘gunner’ did not hit his shot after a play between Ceballos and Bellerín), the goals came in the second.

It was on 55 ‘when the referee signaled a penalty by Emile Smith Rowe and Pizzi transformed it. Benfica was already leading the score, but that advantage did not last long for the Lisbon team. Only 2 minutes later Bukayo Saka made it 1-1.

Saka scored on 57 ‘with a left-footed shot, taking advantage of an assist from Cedric Soares after a great play by the Gunners. The goal went up to the scoreboard after the referee consulted with the VAR if it existed offside.

It was not Aubameyang’s night, who, before being replaced in 77 ‘by Nicolas Pépé, had a couple more chances, especially when, after a good pass from Martin Odegaard (who starred in a great performance), the Gabonese star kicked deflected. If Odegaard, on loan from Real Madrid, shone, Ceballos and Bellerín also played a good match.

For Benfica, Everton was able to score the second with a good shot that went high. The rhythm of the match slowed, perhaps because both teams feared defeat and did not risk to go for victory. The outcome will be this coming Thursday, February 25, when one of these historic ones will say goodbye for this season in Europe.

Stadium: Behind closed doors at the Olympic in Rome