Rust, the survival of Facepunch Studios, kicked off 2021 with a revival that made it a viral hit. In fact, it continues to sell like hot cakes, although it is striking that it did not close the week as the biggest success of Steam.

What happens is that, when we take a look at the list of The Most Sold in the World of Steam, we can see that the list is not headed by Rust, but by EVERSPACE 2. In case you don’t know, it is a promising space shooter that debuted on Steam Early Access today.

In case you missed it: What is a Sneakerhead and why could Reebok x Tom & Jerry make one for you?

It is with this that Rust has had to settle for staying with the second position on the list of games that have generated the most revenue on Steam during the last 7 days. Without a doubt, this is an achievement worth celebrating, as it surpasses productions such as Cyberpunk 2077 and Phasmophobia. 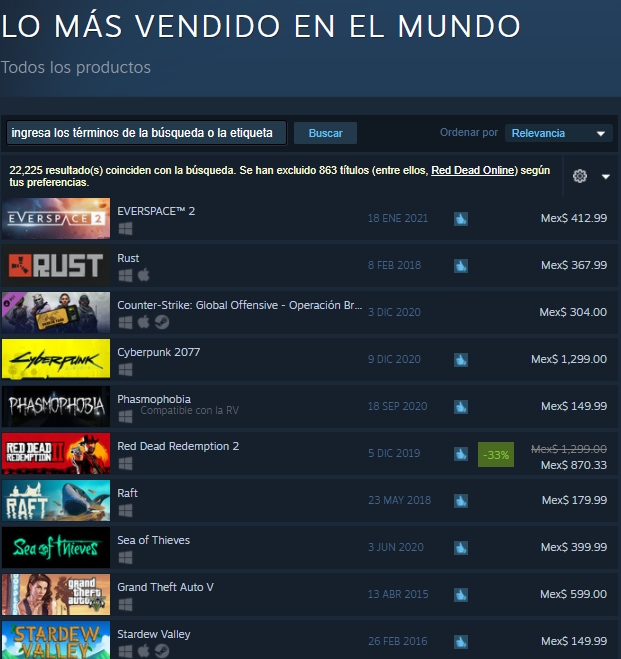 The Rust community is still active

It is worth mentioning that Rust also remains relevant in terms of concurrent users. What happens is that it will close the day as the third most played title on Steam. At the moment it is only surpassed by Counter-Strike: Global Offensive and Dota 2, Valve’s free-to-play sensations.

Find out: The 5 best games you can get in Huawei’s AppGallery 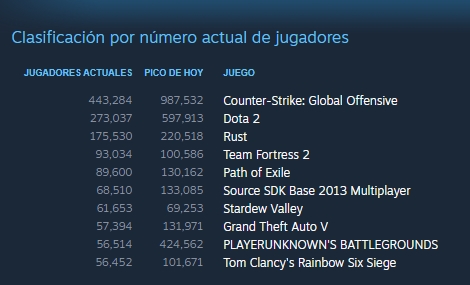 Follow this link to see all of our PC gaming coverage. On the other hand, here you will find more news about Steam.