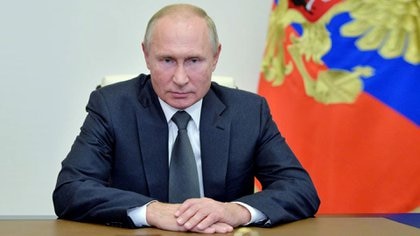 The Russian Chamber of Deputies approved a bill on Tuesday that guarantee life-long immunity to former presidents, in a measure that seems made in favor of the current president Vladimir Putin.

According to the text, approved this Tuesday in first reading and whose final adoption leaves no doubt, a person who has been president, “cannot be the subject of a criminal or administrative case, nor be detained, searched or interrogated.”

This immunity, which will also be granted to the family of all former Russian presidents, also protects your real estate assets, your means of transport and communication and all the documents that belong to you, according to the bill, presented by a senator and a deputy who are members of the ruling United Russia party.

A former president could only lose his immunity if you are charged with treason or another serious crime and if these accusations have the support of the Supreme Court, the Constitutional Court and two thirds of the deputies of the Duma, the lower house of Parliament, and the same number of senators.

This bill increased rumors about a departure from power of Putin, 68, but the Kremlin denied them, saying that the president was in good health.

In recent days, a news item began to circulate that generated a strong impact. The British newspaper The Sun reported that Putin would have a neurodegenerative disease and would evaluate leaving power in 2021, influenced by his most intimate environment. The newspaper, one of the most popular in the United Kingdom, published the information after consulting sources close to the president, whose inner circle pushes him to preserve his health over political interests. 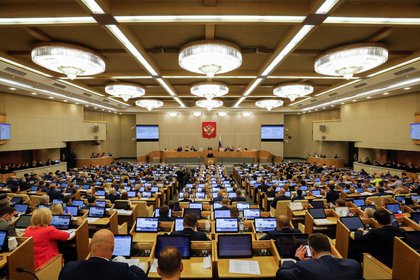 The future of the 68-year-old Russian president was the subject of growing speculation in Russia after prominent Kremlin scholar and critic Professor Valery Solovei suggest that the leader suffered from Parkinson’s and that his family had urged him to retire in the next year. The one who would insist that he leave the strings of the country would be his glamorous ex-partner, the Russian gymnast Alina Kabaeva, 37 years old.

According to observers who analyzed the Russian leader’s steps in recent months, they saw traits that could coincide with Parkinson’s disease, a disease that affects the neural connection with the body’s muscles, resulting in uncontrolled movements on the part of the body. patient. Recent images of the Russian president show that his legs appear to be in constant motion. In addition, they noticed that every time he sits down, he seems to feel pain and had to help himself by holding on to the armrests, according to the British media.

For now, there is only one former president of Russia, Dmitri Medvedev, who led the country between 2008 and 2012, when, due to the limit on the number of consecutive terms, Putin had to leave the head of state and became prime minister.

After Putin’s return to the Kremlin in May 2012, Medvedev became its prime minister and leader of United Russia. He resigned in January 2020 and was appointed vice president of the Russian Security Council, led by Putin.

In recent years, Medvedev has been the target of various anti-corruption investigations carried out by the opposition leader. Alexei Navalni, who accuses him of having received bribes from oligarchs and of running a real estate empire.

Russia records daily records of deaths from COVID-19, but the real figure could be four times higher than reported