If all goes as planned, this October we will attend an event like no other: the filming of the first movie in space. Originally, Tom Cruise (‘Mission Impossible’ actor) and director Doug Liman (‘Jumper’, ‘Edge of Tomorrow’) were expected to travel to the International Space Station in October to shoot a movie with NASA. and SpaceX, but Russia has another plan: arrive earlier.

So that? To record ‘The Challenge’, a space drama. As reported by the Russian space agency Roscosmos, The expedition is scheduled to be launched on October 5, 2021 from the Baikonuir Cosmodrome on the Soyuz MS-19 spacecraft. The agency already has its candidates selected and, in the absence of knowing when Tom Cruise will travel, everything indicates that Russia is going to score this goal.

‘Be the first to record a movie in space’, the movie

At the end of last year, Roscosmos announced an open competition to select the protagonist of the “first feature film in space.” Last March 20 finalists were selected to undergo the medical examination and, finally, today we meet the proposed candidates. The requirements to participate were the most curious.

The actresses had to be between 25 and 50 years old, weigh between 50 and 70 kilos and have a chest circumference of up to 112 centimeters. In addition, they had to be able to run a kilometer in three and a half minutes or less, swim 800 meters in free mode in 20 minutes and launch from a three-meter springboard with good technique. And be Russian citizens, of course. No previous acting experience was required. 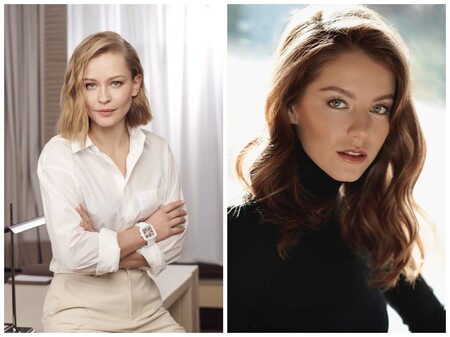 On the left Yulia Peresild; on the right Alena Mordovina.

All selected candidates they will start training at the latest on June 1. Among other things, they will have to carry out “centrifugation tests, vibration tests, conduct introductory and training flights in a zero-gravity aircraft and receive parachute training.” The idea is that they are ready so that on October 5 they can travel to the ISS to record ‘The Challenge’.

Seen what is seen, it seems that Russia will be the first country to send actors to the International Space Station to record a movie, thus anticipating the United States, Hollywod and Tom Cruise, who still do not know when he will do the same.