In the first three months of 2021 1,127 containers have been lost of maritime transport. The lost merchandise is estimated to be about $ 54 million.

This figure is surprising, especially if we take into account that 3,112 containers were lost in all of 2020. The reasons: the rush and unpredictable weather that has affected freight ships. This disaster has also exacerbated an already worrisome chip shortage.

The rush was always bad advisers

The record for lost containers came in 2013, when the MOL Comfort boat literally split in two and ended up with its 4,293 containers at the bottom of the sea.

These lost containers end up causing serious collateral damage to all types of companies, including large commercial chains or manufacturers such as Amazon or Tesla, which are left without products in their warehouses or without components for their vehicles.

The International Maritime Organization – which is part of the UN and regulates maritime transport – does not point to very specific causes. However, experts in this field indicate that most recently lost containers they ended up in the pacific ocean last winter.

Among the causes are very strong winds that these boats faced – the most violent since 1948 – but also the pressure to resume the supply of all kinds of goods during Christmas and thus recover the time that was lost during the pandemic and confinement.

Such haste means, for example, that the containers do not take hold well in the loading maneuvers – there are strict regulations in this regard – or that the captains do not deviate from your course in storms because that would waste time.

It is true that the percentage of lost containers is very low: 226 million of these containers are transported each year, so losing just over 1,000 does not seem like that much, but the losses are significant.

This entire sector continues to provoke debates also as a result of the incident with the gigantic Ever Given freight ship, which got stuck in the Suez Canal a few weeks ago.

What happens to the lost containers?

As some experts indicate, there are systems that allow to secure the containers on the ship through security closures that hook with each other and make it more difficult for them to get lost at sea. If so, however, the transport companies they can go to insurance they usually hire for such events. 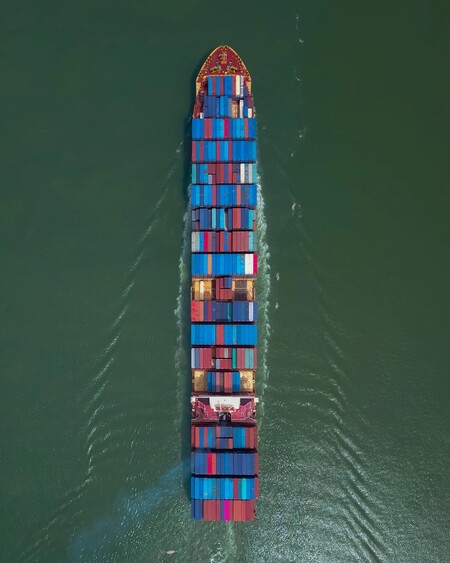 Once lost, the containers are not attempted to be rescued from the sea, and indeed their potential negative impact on the marine environment. contrasts with some positive effects.

A study by the Monterey Bay Aquarium Research Institute revealed that the walls of 24 containers lost in 2004 were finished becoming the surface that barnacles could stick to or from which marine predators could hunt their prey.

So those containers that end at great depths became in that case an artificial reef and they ended up attracting animal life by providing a hiding place from predators.