More than 30 people are seen in a short that seeks to show in detail everything that PlayStation 5 offers.

Surely at the time of reading these lines many of you will already be enjoying your PlayStation 5 at home, which given the lack of stock, has become the most sought after object of the moment, and to celebrate its launch on PlayStation they have presented an interesting short starring Rubius in which figures of the stature of Pedrerol, Ibai, Broncano, Michelle Jenner, Willyrex or Carolina Marín among others can be seen.

Unlimited Access is the project that was born from the hands of NOOB, the creative agency and audiovisual production company of Webedia España and fellow group 3D Games, and with a lot of imagination it seeks to show fans some of the main features of Sony’s next-generation console. The campaign has had the participation of several of the top talents represented exclusively by VIZZ, among which is Rubius, the main protagonist of the short, and is the most ambitious of the brand at a local level to date. 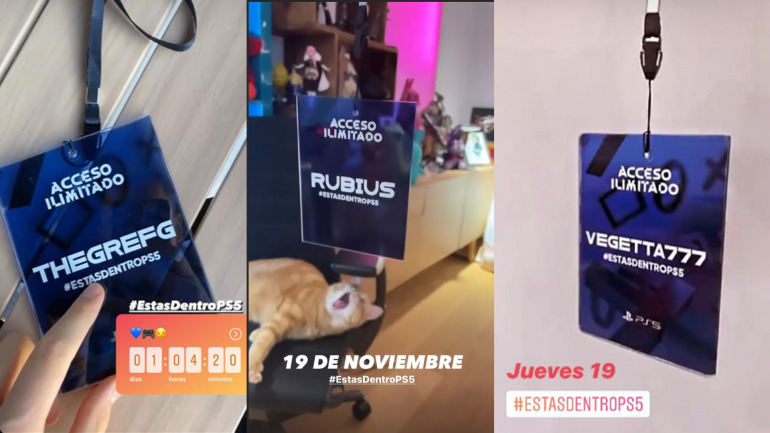 The video begins with Mangel inviting Rubius to try PlayStation 5 with unlimited access, which means that he will go much further, entering the interior of the console itself to know in detail all its features. During this particular journey through the PlayStation universe, Rubius will meet some thirty personalities from the world of entertainment or sports, with names like Koke, Santiago Segura or Joaquín Reyes, to continue expanding the list.

During the hours prior to the broadcast of this short, some of its protagonists have been heating up social networks with messages that invited their millions of followers to be very attentive to the premiere of Unlimited Access.

More about: PlayStation 5, PS5 and Sony.