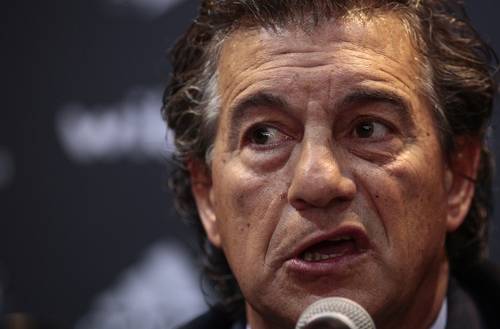 Rubén Omar Romano, a former Argentine footballer and technical director, is out of danger after he underwent surgery yesterday after suffering a heart attack last Monday night.

“Extremely grateful for your expressions of affection, friends, colleagues, media, I feel very happy to read them, here in full recovery with my best medicine in front of me, football, enjoying the beginning of @FCBarcelona_es vs @PSG_inside. There is Roman for a while, blessings, “the helmsman wrote yesterday on his social networks, hours after leaving the surgery that was performed on his heart, which was successful.

According to various media, the former coach of teams such as Cruz Azul, Santos Laguna and América was admitted to a hospital in Guadalajara, the city where he lives, since last Monday night when he presented discomfort, and after being stabilized, he was operated yesterday morning for a problem in an artery.

The 62-year-old helmsman and former soccer player came to Mexico in 1980 to join the ranks of América, with whom he only played for one season.

In football in Argentina, he was part of Huracán and San Lorenzo, while in Mexico he played in the León, Necaxa, Puebla, Atlante, Querétaro, Cruz Azul and Veracruz clubs. He retired as a player in 1995 with the Iron Colts jersey.

As a coach, he has only directed in Mexican soccer, where he has commanded the following teams: Atlético Celaya, Tecos, Morelia, Pachuca, Cruz Azul, Atlas, América, Santos, Puebla and Tijuana.

His most recent experience as a helmsman was in 2018, when he served as the Atlas Foxes. Despite his extensive career in Mexican soccer, in which he has spent 40 years, 20 of them as a footballer and the rest as a coach, he has never been able to win a title in the Liga Mx, where he has played four finals, two with Morelia and two with Santos Laguna.