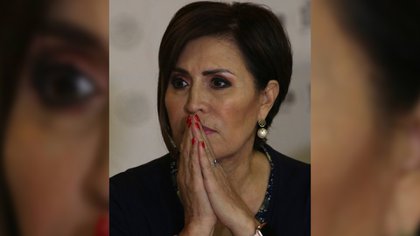 Rosario Robles Berlanga had requested to take advantage of a criterion of opportunity to collaborate with the FGR (Photo: Cuartoscuro)

The Attorney General’s Office (FGR) denied Rosario Robles Berlanga the possibility of negotiating a Abbreviated procedure to reduce your sentence, as well as take advantage of a criterion of opportunity to help you avoid being charged with other crimes in exchange for assisting in the investigation of the “Master Scam.” With this, the former Secretary of Social Development will continue with the process at the next intermediate hearing scheduled for February 26.

According to information from the newspaper La Jornada, the Prosecutor’s Office informed the control judge of the Federal Criminal Justice Center, Ganther Villar Ceballos, that The requirements to process the negotiation were not met. In that way During the next hearing, the legality of the evidence presented against Robles will be verified and defined., with which a possible sentence would be defined.

The FGR, through the agent of the Public Ministry head of the twenty-first investigating agency, sent the official letter UEIDCSPCAJ-049/2021, in which the following was reported:

“The defendant appeared before the social representation by writing, in which she indicated her willingness to obtain an early exit, but the procedural requirements are not met for her to access the abbreviated procedure or the criterion of opportunity for the reasons she exposes, what is taken knowledge for the conducive legal effects ”.

The legal representation team of the former official, accused of the crime of improper exercise of public service, offered the possibility of negotiating with the FGR in exchange for legal benefits at the February 10 hearing. Therefore, at that time, the agent of the Public Ministry of the Federation, Mónica Martell, refrained from making the formal accusation, action with which the Prosecutor’s Office accepted the deal.

Because the statements were documented on audio and video, Villar Ceballos gave them formality. Derived from it, established a period of five days for the representatives of the FGR to approach Robles, imprisoned inside the Santa Martha Acatitla Women’s Center for Social Reintegration, and start a possible negotiation. In the same period, the agents had the obligation to notify the judge of the agreements.