The model traveled to Miami to enjoy a mini-vacation

Romina malaspina made a lightning trip to the city of Miami, in the United States. The Channel 26 host took advantage of a few days to take a break from her work obligations and dedicated herself to resting and having fun with some friends.

Through stories and Instagram posts, the model shared with her followers some details of the trip in which she took the opportunity to sail on a luxury yacht with a group of people, among whom were Delfina Ferrari and Sasha Ferro, two young influencers.

“I would like to stay and live here”, Romina confessed in one of the videos in which she took a tour of the huge ship and showed some of the comforts it had. In another recording, she appeared in a bikini dancing to the rhythm of the music and then showed that while sailing they could see an Obelisk in Miami. 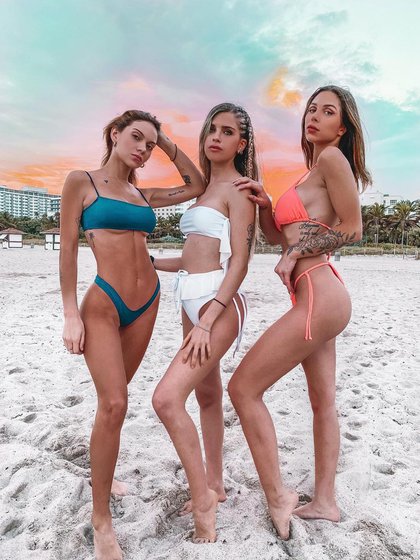 Romina Malaspina with her friends Delfina Ferrari and Sasha Ferro

In this way, Malaspina took the opportunity to sunbathe and relax on the yacht with her friends. He also enjoyed a few good drinks while they had fun listening to music. During this getaway, he also toured Miami in a blue convertible. Then he posted photos of himself posing next to expensive vehicles.

After enjoying this lightning trip, the television presenter returned to Argentina to return to her daily work routine on Channel 26 and as a model for different brands. Surely later, you plan to take a summer vacation in the next few months.

Malaspina had a busy 2020 and experienced a great exposure in the media. Although she became famous for her participation in Big Brother 2015, this year she had an explosion of popularity for an episode that occurred last June while she was giving the news on Channel 26. The host was widely criticized on social networks for wearing a gold top with transparencies.

Romina’s response was not long in coming with a strong message. “Everyone scandalized to see a transparency of tits that were covered with nipple shields,” he began by saying, by way of discharge. “Stop being prudish. Sure, it is very strange to see the body of a woman, right? ” he asked wryly. The closing of his message was forceful: “As long as they continue to see boobs as something ‘abnormal’ we will continue backwards. Evolve ”. 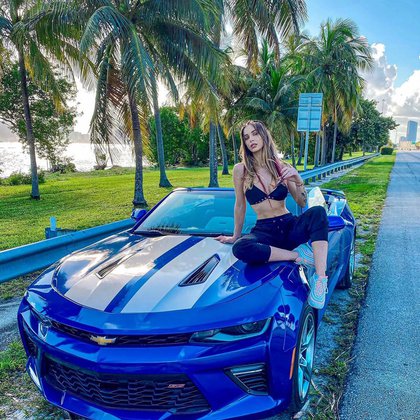 In September it was news again. The reason? The young woman was involved in a car accident: she collided with a bus on Line 166 on Avenida del Libertador and Dorrego, in the vicinity of Campo Argentino de Polo, in Palermo.

“Hi. To everyone who cares about me, I tell them that I’m fine, thank God. At rest at home. More from the shock than from what you feel physically. I thank you from the bottom of your heart for your concern, “he wrote on his Twitter account, after suffering the impact.

However, before that message, Teleshow she contacted Malaspina who had been confused by the situation and, initially, denied the information. “It’s not me. Thats weird. It’s the same car but in a different color: mine is black ”, Held. And, while he saw the photos of the accident -which began to circulate on social networks-, he added: “The car is similar, but it is crashed …”.

When asked about her health, and if she had been the protagonist of the impact, the driver again denied it. “No, I just got up,” he said and added: “It’s the same car but a different color,” he insisted. It’s not me. Thanks for worrying”.

While Romina continued to maintain that she was not the protagonist of the accident, her press agent assured that the model was confused, as a result of the impact she had suffered minutes before: “He got a little scared, obviously”, informed Teleshow, and added that the driver should rest at home. Not because she was injured – in fact she was unharmed – but because of the shock that the shock caused her. 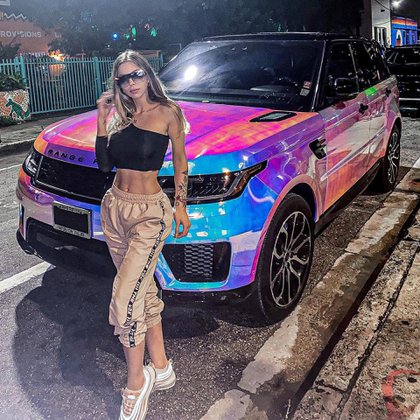 Romina has already returned to Buenos Aires, after her trip to Miami

Graciela Alfano and Yanina Latorre crossed paths over Lola’s resignation from Singing 2020: “They take their toll because they hate you”

Karina the Little Princess lost a trial with her former musicians and recounted her traumatic experience: “She signed the contracts crying”

Scandal in Cantando 2020: Yanina Latorre took her daughter Lola out of the contest and left an outburst against Nacha Guevara