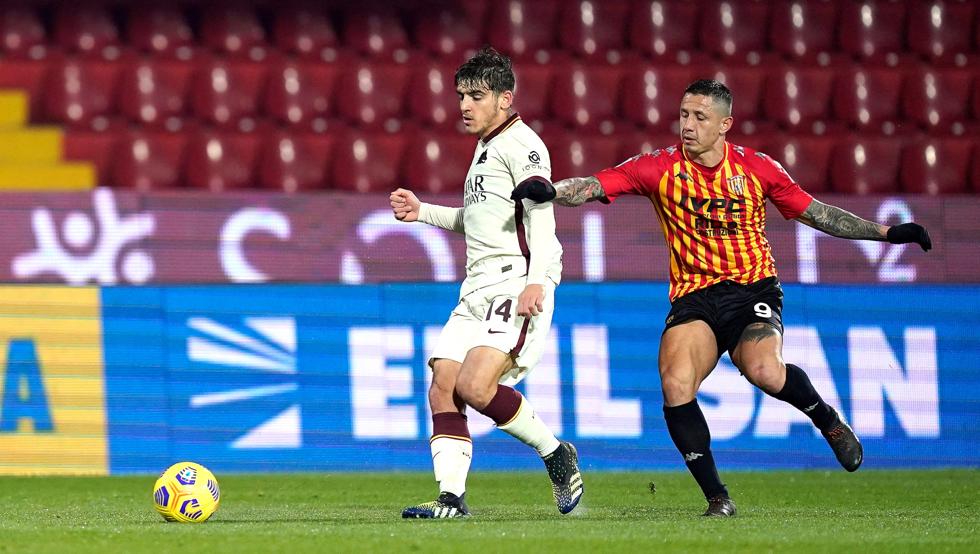 After winning 0-2 at home to Braga last Thursday in the first leg of the Europa League round of 32, Paulo Fonseca’s Roma, 3rd in Serie A, could not win at Benevento this Sunday, 15th, despite that the team led by Pippo Inzaghi played with ten from minute 57 due to the red card that Kamil Glik saw (0-0). There was suspense because, missing in the 96th minute, the referee whistled a penalty from Daam Foulon on Stephan El Shaarawy, but then canceled it for offside by Lorenzo Pellegrini.

Roma harassed Benevento’s goal, but the ‘giallorossi’ failed to find their way to the goal. The Roman team, 3rd in the current Serie A, thus missed an opportunity to be only 3 points behind 2nd, a Milan that fell in the della Madonnina derby against Inter that already has a 4 advantage as leaders of the current Italian championship.

The first part was intense, it was played at a good pace. But there were few occasions. The clearest of the match came in 94 ‘, it was a Pellegrini header, but Luca Caldirola saved with his beaten goalkeeper. In 96 ‘the maximum penalty came to El Shaarawy, but the VAR annulled it for offside by Pellegrini himself.

Benevento locked themselves in and, despite their numerical superiority, Roma did not find a way to beat behind the Pippo Inzaghi team (who ended up expelled in the discount for leaving the technical area and protesting). Neither Borja Mayoral (starter), nor Dzeko (who entered in 58 ‘) nor Pedro (who did so in 72’) nor any ‘giallorosso’ could beat Benevento goalkeeper Lorenzo Montipò, who was not forced to do either great stops.