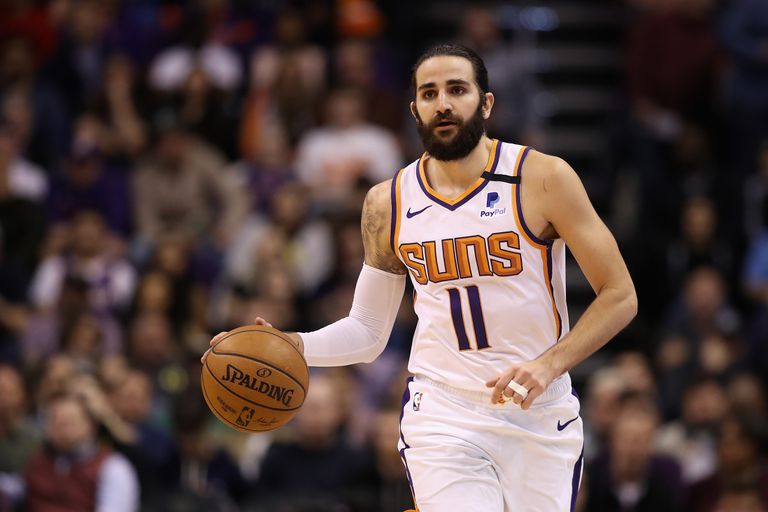 Ricky Rubio, in a game between the Suns and Spurs.Christian Petersen / .

Ricky Rubio will play next season with the Oklahoma City Thunder. The 30-year-old Spanish guard will trade the team with Chris Paul, who will leave the Thunder to lead the Phoenix Suns. Oklahoma City will be Ricky’s fourth team in the NBA, the third in three years after having played six seasons in Minnesota, two in Utah and the last one in Phoenix. The operation must be officially confirmed as of November 22, when the transfer market opens. Along with Ricky, the Suns also send Kelly Oubre, Ty Jeroms, Jalen Lecque and a first-round pick of the 2022 draft to Oklahoma City. In addition to Chris Paul, the Thunder also send Abdel Nader to Phoenix.

Ricky’s transfer comes after a season in which his performance was remarkable, with an average of 13 points, 8.8 assists and 4.7 rebounds, consistent with the splendid performance that earned him the World Cup MVP title that he won. with the Spanish team in China.

At age 30, the El Masnou point guard was one of the Suns’ most important men and brought his experience – he turned 30 in October and has been in the NBA for nine seasons – in a very young and promising group with Devin Booker, Deandre Ayton and Kelly Oubre. Phoenix finished in 10th place in the Western Conference, with 34 wins and 39 losses, but his season finale was spectacular, he won all eight games he played in the Disney World bubble and was one step away from qualifying for the playoffs. A season earlier, the Suns were last in the Western Conference, with just 19 wins.

Ricky Rubio’s contract expires in the 2021-2022 season. The next campaign will receive about 17 million euros. His most immediate reaction after being informed of the news about his transfer was a terse message via Twitter: “What a deal!”

After the goodbye of Chris Paul and probably also of the German guard-guard Dennis Schröder, wanted by the Lakers, Ricky and Oubre will form the outer duo of a team in which Gilgeous-Alexander, the Italian power forward Danilo Gallinari, pending of renew his contract, and New Zealand center Steven Adams.

The Suns were betting on a top-tier player. Chris Paul was most coveted for his status with the Thunder and for his leadership skills and experience. At 35, the North Carolina point guard and president of the players’ union has played 12 of the last 13 editions of the playoffs with the different teams in which he has competed: New Orleans, Clippers, Houston and Oklahoma City. He has been all star 10 times. Last season he averaged 17.6 points, 6.7 assists and 5 rebounds. His contract ends in the 2021-2022 season. It receives 37 million euros per year. In Phoenix, Chris Paul will meet again with Monty Williams, who was his coach for a season in New Orleans.

The NBA transfer market has been activated since it became known that the next season will begin on December 22. The draft is held this Thursday and will also trigger operations. In recent days it has emerged that James Harden has asked the Houston Rockets to transfer him. His claim is to sign for the Brooklyn Nets.

Ricky and the campaign against cancer

The Ricky Rubio Foundation, together with Novartis and the Spanish Association of Lung Cancer Affected, has presented this Monday, the challenge #EncestaPorLaVda to sensitize citizens about this pathology and its prevention. The challenge proposed by Rubio consists of scoring a basket after putting on the mask and nominating more people to make it viral, and the point guard has already sent the challenge to his teammates Willy Hernangómez and Pierre Oriola. After the death of his mother from lung cancer in 2016, Ricky has led numerous campaigns in the fight against this disease, the latest “Hold on without smoking”, distinguished at the congress of the national committee for the prevention of smoking.