If there is a director who knows how to polarize, it is Nicolas Winding Refn. Being ‘Drive’ his most applauded film so far. Although the filmmaker has spent a season with titles that provoke adverse reactions, such as the cases of ‘Solo Dios perdona’ and ‘The Neon Demon’, one of his unpublished titles is now reaching Spanish theaters: ‘Valhalla Rising’. Predecessor of the aforementioned film that starred Ryan Gosling in 2011, the Nordic director delves into the Viking experience of the 10th century, in the middle of the Middle Ages.

Refn cheats at the start, Well, ‘Valhalla Rising’ seems like an action film closer to the style of Zack Snyder or Takashi Miike. The filmmaker once again shows that he is capable of portraying extreme violence, with sequences that go further, being completely gore. The dizzying pace is in tune with his ‘Pusher’ trilogy, changing the underground tone for a historical film, portraying the most brutal side of the Middle Ages. However, All those scenes are a mere mirage, since Refn, who signs the script with Roy Jacobsen, prefers to go elsewhere.

And this is how what seemed like a story of violent action ending up becoming a winding mystical and surreal journey, in which existentialism and religion go hand in hand in an experimental journey in which Refn begins to show that cinematographic superb so characteristic of his cinema, a hallmark for which he is currently recognized. What if, Refn knows how to create an atmosphere of constant tension, as if the audience were entering Dante’s ‘The Divine Comedy’ narrated by Tarkovski or Klímov, with the aesthetics of the cinema of Majewski or Sokúrov. 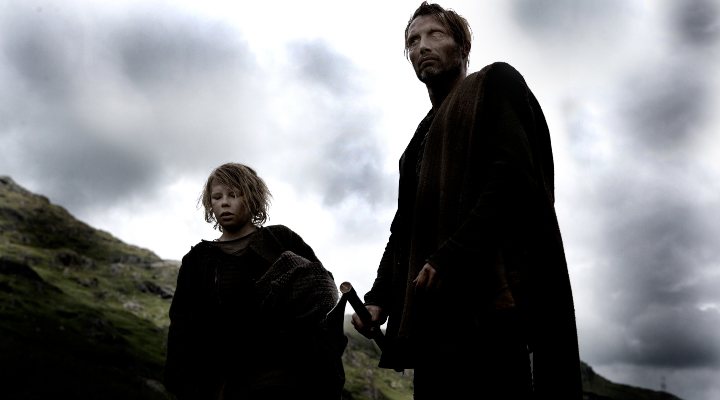 To this must be added a careful photography and a splendid natural production design, along with a hieratic Mads Mikkelsen, great muse of Refn, with whom he already collaborated with ‘Pusher’, his debut feature. The Danish interpreter has always been interested in artistic challenges and ‘Valhalla Rising’ is an example of this, prior to his masterful roles in ‘A real affair’, ‘The hunt’, the series ‘Hannibal’ or ‘Another round’. Mikkelsen is superbly accompanied by Ewan Stewart or Gary Lewis. 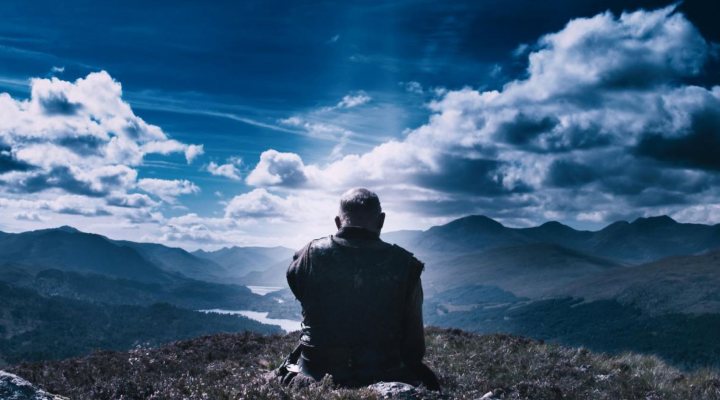 However, that mystical atmosphere and its stony interpretations have a problem similar to that of Albert Serra’s cinema: the megalomania of its director. Refn cannot help but look over the audience, suppressing any type of dialogue that seeks to specify his intentions, unnecessarily dividing the silent warrior’s descent into hell into episodes. Therefore, instead of looking for common ground with the audience, Refn seeks to chase them away, as if he wants to hang out with mere minions who will praise him.

And that is what makes ‘Valhalla Rising’ an exercise in superb cinematic elegance. Unlike Terrence Malick, who goes to the face as soon as he begins one of his films, Refn prefers to reward the public initially and then turn that reward into a trap, a punishment. And that is where the director achieves his greatest purpose: to polarize. With which, the commercial premiere of this unpublished film is also the arrival of the prelude that warned of the line that was going to follow later. An exercise that will reinforce the fanaticism of its followers and that will also solidify the rejection it causes among skeptics.

The best: The scene of the crossing by the river.

Worst: The way he blatantly misleads the public at the start. His desire to scare off potential audiences.