Despite the fact that a lot of LGBT-based films have been made – note aside, it is interesting to see how it has evolved over time – there is a topic that tends to kick in regarding the gay theme and that is related to old age. There are very few feature films that have told stories of gay retired men. Perhaps, as the Italian filmmaker Filippo Meneghetti said, it is because it is “difficult to accept” the sexuality of the parents. In this sense, It has been the stories of women that have managed to give visibility to the LGBT reality of the elderly, such as the recent and masterful ‘Between us’.

However, it is not so easy to find a male counterpart who is not a representation of a flawed relationship, as happened with titles such as ‘The Virgin of the hitmen’, ‘Gerontophilia’ or ‘Gods and monsters’. For this reason, titles such as ‘Suk Suk’, the third feature film by Hong Kong-born Ray Yeung, seem essential. Shown in the Panorama section of the 70th Berlin Film Festival, the filmmaker makes an exercise of reconciliation, vindication and homage with this cinematographic bet, which becomes the most ambitious and rounded film of his career.

‘Suk Suk’ narrates an uncomfortable reality for the LGBT community, the story behind the elderly, of those pioneers in the struggle for rights, when they were not even considered as such. Against this background, you can see how the personal wardrobe has become a comfortable slab, turning the double identity into one more skin. It’s what you see in this autumn love story, the last spring of a taxi driver who is reluctant to retire and an old friend and lover who is retired. In the reunion, passion arises, the one that seemed that fate had denied them. 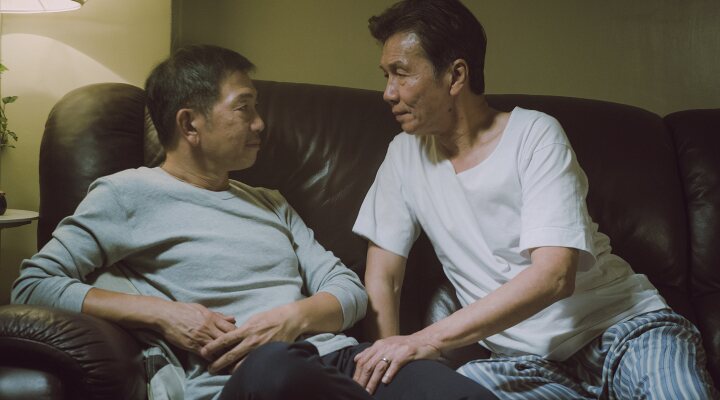 Yeung manages to create a concrete and realistic love story, in which the closet and social and family pressure – which in Asian societies is even greater – are the other important agents of this story. Here there are no lush young people who decide to accept themselves, but old people who doubt whether to give themselves one last chance to live happily, freely and in tune with themselves or, on the contrary, to secretly enjoy those furtive encounters, since it is already too late to vindicate yourself.

The director elegantly surfs this approach. Openly gay and an activist for LGBT rights in Asian countries, the filmmaker knows how to empathize with the armed elders as well as with those who, thanks to the impulse, the fraternity and the solidarity of the youth of the group, decide to hold hands and unite to live their last years in freedom, thus emerging the figure of residences for LGBT people. It is to them that, in the end, the director sends a heartfelt tribute. 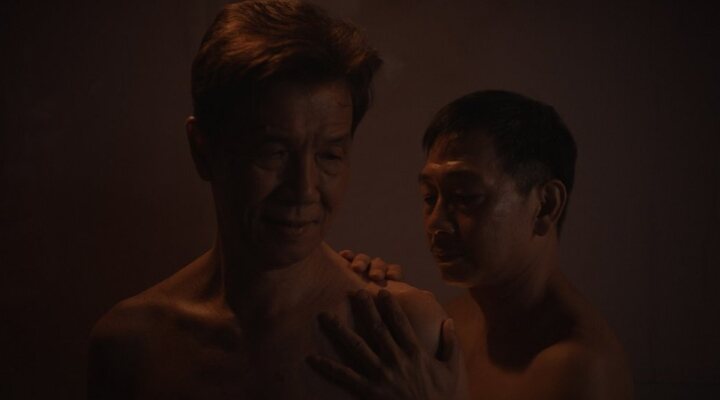 Although Yeung has a good background approach, this would not have been possible for him to have taken good shape had it not been for his leading tandem. Tai Bo and Ben YuenBoth know how to carry this love story with a measured tone, transmitting affection and frankness, leaving sequences full of tenderness and passion, but also others in which the most inhospitable reality is appreciated.

‘Suk Suk’ is the way to go when it comes to making LGBT engaged cinema. An Asian response to Ira Sachs’ formidable ‘Love is Strange’, as well as a generational landmark, as was recently the Taiwanese film ‘I Have Your Name Engraved’. It was time to have mature protagonists and that their plots were made from respect and dignity.

The best: The scene in which the elderly activists claim with total dignity their right to have a residence for LGBT retirees.

Worst: Its little distribution in theaters.