Disney has long relied on its own library, on Marvel and on ‘Star Wars’ to stay at the top of the world box office. But he does not want to forget the film that gave him great joy at the box office and a franchise that continued to operate for a few more installments. A film that was inspired by one of the attractions in its parks, yes, but it was the most original that they had given us in a long time. With Jack Sparrow already showing signs of burnout, it was time to see if you can succeed twice with the same formula.. But ‘Jungle Cruise’ is not ‘Pirates of the Caribbean’, not in the parks either.

The attraction, which we cannot find in Disneyland Paris, was the idea of ​​Walt Disney himself. He wanted a safari in his first Disneyland, but to avoid the problems that real animals bring, he had his Imagineers make animatrons. For the first visitors this walk along the river was a unique opportunity to go to distant lands without leaving California. But over time it became a tremendously boring attraction. To compensate for the lack of surprise and the slowness of the ship, they decided to turn the captains of each ship into their own attractions, guiding visitors with a collection of jokes each more terrible. “Fathers jokes” as they say themselves.

And with that spirit begins the film by Jaume Collet-Serra. In the first minutes of the footage they introduce us to the two (three) protagonists of this new adventure: Frank Wolff and Lili Houghton, accompanied by her brother MacGregor. Lily, the character of Emily Blunt, is a scientist who, being a woman in London at the beginning of the 20th century, is not taken seriously, even less when she says that she wants to go on an expedition to Brazil to find a flower that supposedly cures him. everything. She is determined, stubborn, and acts before thinking. Frank, the character of Dwayne Johnson, has a small boat with which he goes sightseeing on the river in Brazil. Its presentation is full of nods to the Disneyland attraction, but despite the fact that the film has the aesthetics of the attraction well present all the time, it soon begins to fly free as ‘Pirates of the Caribbean’ did. Fortunately, the “parenting” humor will stick around a bit longer. 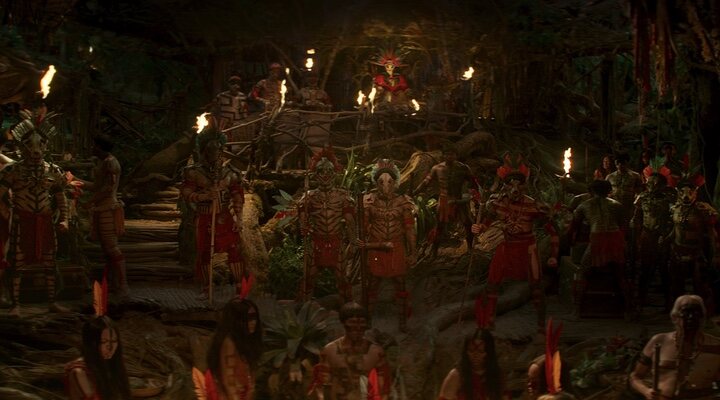 Collet Serra is very aware of the Jack Sparrow saga because he wanted to use many of the ingredients that worked for Gore Verbinski in the first installments: it relies a lot on humor, the action is spectacular or it is a very entertaining choreography (as in Emily Blunt’s presentation), it has its touch of classic adventure to the ‘The Queen of Africa’ but also a more modern rhythm, and flirts too with the supernatural. All those ingredients work quite well again in ‘Jungle Cruise’, although they would have worked better if the movie didn’t have such a long duration (a little over two hours) for the kind of story it is. It is far from boring to the point of condemning itself, but the result is much more irregular. I will never stop claiming a good hour and a half movie.

The adventure of ‘Jungle Cruise’ is also very reminiscent of the Indiana Jones expeditions or titles like ‘After the green heart’, and again I emphasize that I hope this movie works because This genre continues to be a very effective escape valve, capable of trapping and taking us to remote places, making us part of the mission itself, and I wish they did more adventures like that. The film does not deviate from the basic lines of an adventure with its treasures, its dangers, its hidden temples, its keys and its traps. And being such a classic bet, it remains timeless. Perhaps this feature film abuses the computer more and although the visual effects work in general, there are moments when they are not as polished as a film of this size should be.. It occurs, for example, with the curses of Aguirre (Édgar Ramírez) and his cronies, including Dani Rovira and Quim Gutiérrez, a Spanish crew that was about to find the flower and ended up suffering the wrath of the jungle. Comparing with, for example, the visual madness that Davy Jones was, Aguirre loses despite the fact that the effect they seek to achieve is somewhat more complex to maintain the actor’s human face. By the way, Ramírez’s fantastic Castilian accent. 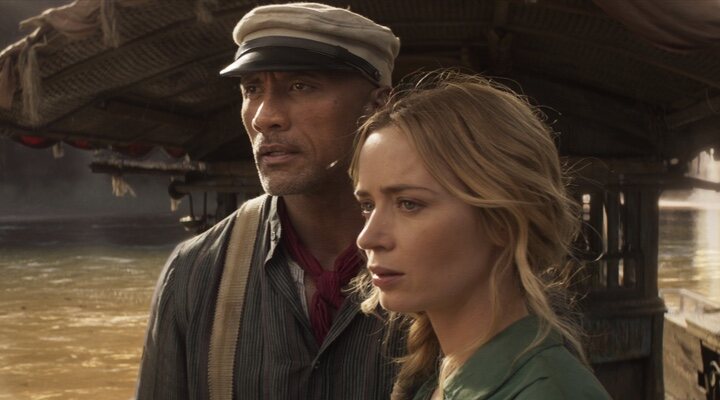 He’s tasked with being the supernatural villain in this movie, but there’s another bad guy in Frank and Lily’s story: Prince Joachim of Germany. Jesse Plemons plays a very old-fashioned German stereotype that brings out the actor’s most playful streak and that, although it is a cliché like a house, and means returning to the era of villains “over the top”, in this story does not out of tune at all. The one who does start out quite out of tune and luckily finds his place as the film progresses is Jack Whitehall, the “exclusive gay moment” from ‘Jungle Cruise’. MacGregor begins as a compendium of all the clichés of the ladybug character, a mere comic relief that Disney pretends to pass for representation. And although, of course, he will never say that he is gay even though he finds love “in other places”, his presence in the film becomes less unbearable until he becomes a quite endearing character who is also allowed to give from time to time. when some punch and be an active part of the plot.

But the real treasure of ‘Jungle Cruise’ are its two protagonists. They are a most unusual couple, but how well they work together and what wonderful travel companions they are. It is inevitable that Brendan Fraser and Rachel Weisz come to mind in the fantastic ‘The mummy’. Both Johnson and Blunt exude charisma and fun from their opening scenes. The Rock, above all, knows how to channel the spirit of the captains of the attraction very well and presents himself as a rogue full of tricks and really bad jokes (in the best sense). They have had a great time making this movie and they make us enjoy it like dwarfs too. They may not be the hurricane that was Jack Sparrow, that character who just occupying a poster would sell tickets, but I’d see a whole saga of Lily and Frank adventures. The movie is not open for it, but hopefully it does well enough that we can see them again having more adventures. 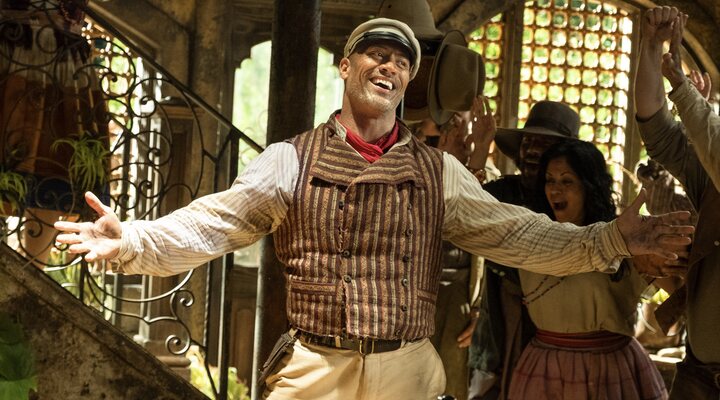 Disney has managed to repeat the formula ‘Pirates of the Caribbean’ with quite good results in ‘Jungle Cruise’ raising the attraction and using it as a fantastic starting point for an adventure for the whole family perfect to enjoy this summer on the big screen. It is not as round or as solid as Verbinski’s film, mainly because of the length. But it is a solvent film, very entertaining and fun, with a soundtrack by James Newton Howard that is pure homage to the genre (I hope someone would explain to me, yes, why ‘Nothing Else Matters’ by Metallica is the anthem of Spain, although I have no complaints about it). An adventure that manages to take us far and feel part of the trip. And Frank and Lily will not be Jack, but Jack would have liked to have either of them as seconds on board.

One last note: if you want to know the attraction and its history more closely, something that I recommend you to understand certain details and jokes of the film, You have available on Disney + the very interesting series ‘Behind the attraction’ with a chapter dedicated to ‘Jungle Cruise’.

Best: The charisma and overflowing chemistry of Dwayne Johnson and Emily Blunt. The adventure is classic, but very entertaining.

Worst: The attempt to “represent” the character of Jack Whitehall. With less duration it would have been much more solid. Some visuals are poorly polished.