Religious-themed cinema has become one of the sub-genres that is having the best reception among the publicProof of this are the excellent box office data for ‘Vivo’, a film directed by Jorge Pareja; as well as the good reception of films like ‘Red de Libertad’ or ‘La divina misericordia’. After the good acceptance, among the public, of ‘Reborn: Padre Pio changed their lives’ and’ Wojtyla. The investigation’, José María Zavala delves into the figure and legacy of Mother Teresa with ‘Amanece en Calcutta’.

‘Amanece en Calcutta’ seeks to pay tribute to the work and work of the founder of Missionaries of Charity, as well as the legacy she has left, through six testimonies, five of them from people who had had a personal relationship with the nun. Nobel Peace Prize in 1979 and canonized in 2016 by Pope Francis, it is impossible not to avoid a hagiographic approach to her figure. Moreover, it could be said that it is the most expected. With which, the strength of the film lies in the statements of those people who lived with the nun of Albanian origin.

And that’s where on the one hand, it is right, but, on the other, it falls for easy propaganda. Declarations of priests such as Christopher Hartley or Kinley Tshering, who start from their experiences with Mother Teresa and how they have lived religion, are interesting, since They are personal testimonies, with a background that highlights the importance of Mother Teresa when it comes to protecting and helping the poorest, to those disinherited whose societies have looked elsewhere. In this framework, statements such as that of Rosario Dueñas, of how faith and humanitarian aid made her revalue her own life, after having lived through a terrible tragedy that left his body burned by 80%; wave of Emmanuel Leclercq, French philosopher of Indian origin who was rescued from a landfill by the nun when she was a baby. 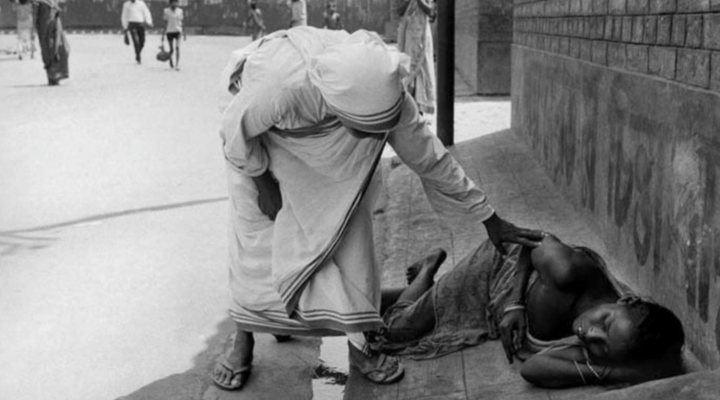 To have continued to focus on the humanitarian work of Mother Teresa, as well as how it was a reference for spiritual life beyond the religious, Zavala would have made a documentary very much along the lines of ‘Pope Francis: A Man of His Word’, by Wim Wenders, or even in the recent ‘Vivo’, in which Jorge Pareja chooses to focus on personal experience without the need to ‘convert’ the public, leaving the testimonies to be an act of freedom of expression.

However, The documentary, once it has entered the humanitarian work of the religious and saint, opts for the easiest way, that of propaganda. There are two testimonies that tarnish a film that could have reached a higher level, those that fall into the trap of wanting, Taking advantage of the humanitarian perspective, introduce a moralizing message, which seeks to restrict the freedom of women over their own body, getting closer to that infamous tape called ‘Unplanned’. And it is these points that demolish what would have been an exceptional documentary on the humanitarian work not only of Mother Teresa, but also of the grassroots Church, the one that seeks the dignity of the poor and does not live in majestic Vatican palaces. A missed opportunity.

The best: Personal statements that affect humanitarian work and how to live the legacy of Mother Teresa beyond religion.

Worst: The testimonies that turn the film into propaganda, that move away from that human gaze and seek to restrict the freedom of women.